Michael Douglas traveled in country on a low-cost airline

On Thursday, March 5, acclaimed actor and producer Michael Douglas, with two Academy Awards, four Golden Globes and one Emmy to his name, was presented with an India Catalina Award by the Cartagena de Indias International Film Festival in Bolivar, Colombia. 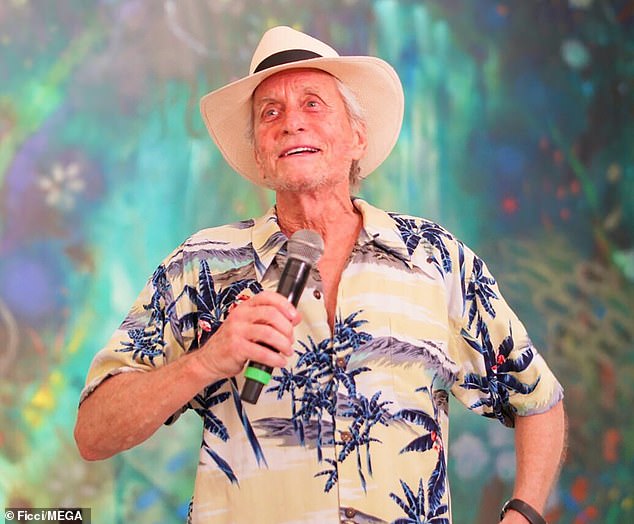 The veteran Hollywood star, 75, was honored for his life and work at the oldest film festival in Latin America, now in its 54th year.

In keeping with the Caribbean flavor, Douglas attended the festival ceremony wearing a tropical shirt and sporting heavy stubble. He was also presented with a Panama hat.

His appearance came one month to the day since the death of his legendary actor father Kirk, who died on February 5 at the age of 103.

Douglas arrived in Colombia after spending time at his stunning estate on the Balearic island of Majorca.

In Colombia, Douglas also visited the Colombian cities of Medellin and Cali.

In Medellin has been seen riding a cable car (an attraction of the city that is part of the public transport system) and other sectors. The actor joked in his social networks: “Who guesses where I am? We were in Miami yesterday, today I am somewhere else, getting warmer. What do you think, do you have it? ”He says in a video.

He received all kinds of answers to his challenging question, from his own wife Catherine Z. Jones, who he has been married to since 2000 and they share two children – son Dylan, 19, and daughter Carys, 16, to other famous actresses like Glenn Close tried to decipher their vacation spot.

Happy Sunday!! Take a guess where I am now…Hope everyone is having a wonderful weekend!

Though he did not upload more photos, Douglas was seen in different parts of the city, as a tourist. He visited Comuna13, did the Graffiti Tour, ate mango biche (typical fruit), tasted the gastronomy in El Poblado, a pink area of Medellín, a dish called “la experiencia” that has pineapple, trout, pork, beans, duck with chontaduro and Colombian sweets. 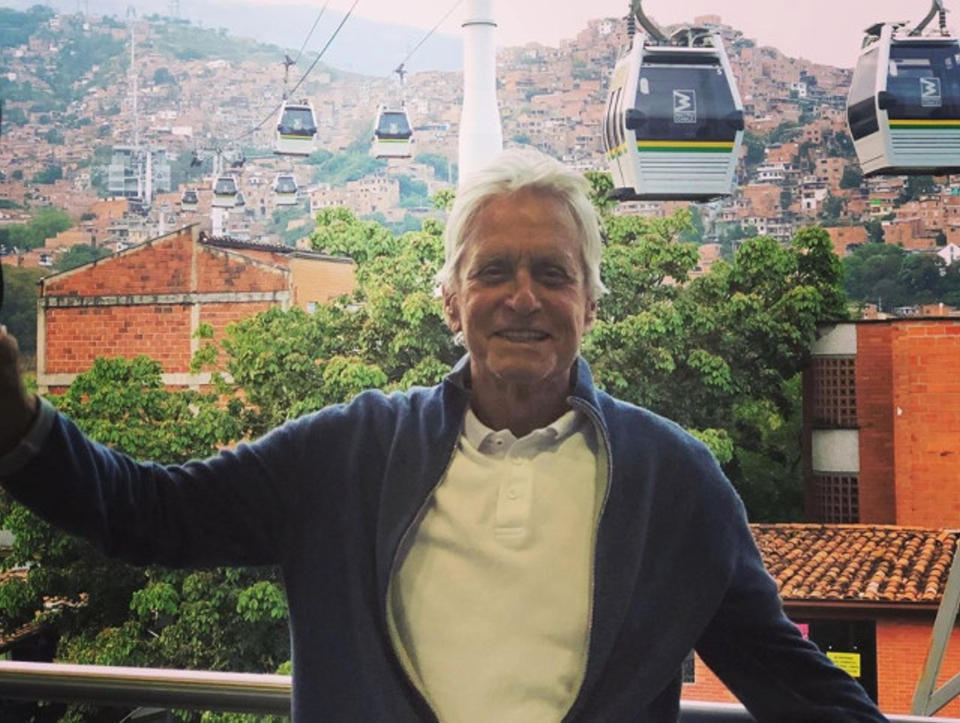 Everything seems to indicate that Douglas’s visit to Medellin was a quick vacation getaway since he has no upcoming projects confirmed beyond a Marvel series called “What if…?” in which it will be the voice of Dr. Pym.

From Medellin, Douglas flew to Cali on the low-cost airline, Viva Air, who Twitted of the presence of actor of films such as Fatal Attraction and Wall Street, aboard one of their flights.

Is there a film project in Colombia for Michael Douglas? Rumors are that besides his receiving his award, the actor will be appearing in a film project that will begin shooting in Medellin, prompting him to know the city.