The ultra-low-cost airline has 13 routes bookable, with many more coming,

QCOLOMBIA – The first flight of the ultra-low-cost startup airline Arajet is scheduled for September 15th, leaving Santo Domingo at 6:30 am bound for Barranquilla, arriving at 7:20 am local time (Colombia is one hour behind the Dominican Republic), 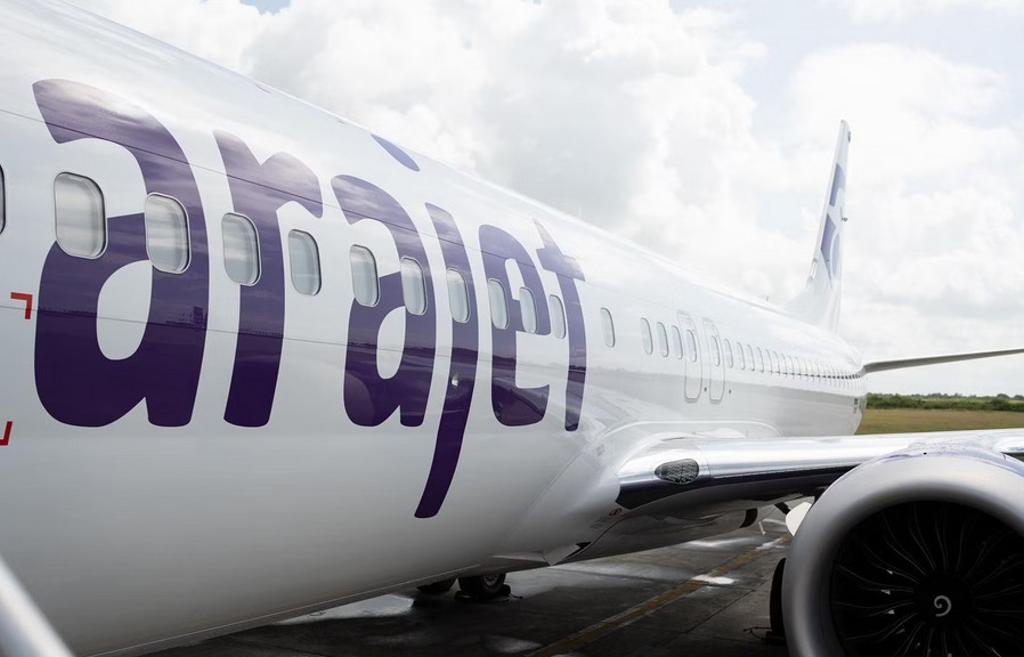 Here’s what Arajet, with its initial fleet of four 189-seat B737 MAX 8s, is currently planning:

Prices on both routes start from US$69.99 one-way for the “smart” or bare bones economy. For US$197 one-way, you get everything, including checking in a 20kg bag, seat selection, and the chance to change flights up to three times at no extra cost.

As the airline’s website shows, 13 routes are planned for now, All are bookable.

Among the other destinations to and from Santo Domingo are Mexico (Mexico City and Monterrey and Cancun), Costa Rica, El Salvador, Guatemala, Ecuador, Peru and San Martín, Aruba and Curaçao in the Caribbean.

In October, Arajet will add flights to Toronto and Montreal in Canada; Medellin and Bogota in Colombia; San Jose in Costa Rica; and Kingston in Jamaica; with which it will establish a robust route network of 20 destinations in 12 countries in its first 3 months of operations. The airline also expects to add additional flights to the United States in the near future.

Víctor Pacheco, president of Arajet, affirmed that the airline will mark the “rebirth of Dominican aviation”; they project to move seven million passengers annually in the next five years.

“We promised low fares and we are announcing our trademark low fares never seen before in our country,” said Pacheco. “This is the first step in the process to build the first strategic connecting hub in the Caribbean that will foster the Americas connectivity at the lowest fares. Additionally, starting in September we are kicking-off our mission to convert Las Americas International Airport into a premier Latin-American Air Hub,” he added.

Like many ultra-low-cost carriers which prioritize unserved routes, 11 of Arajet’s 13 initial routes will not have any head-to-head competition.