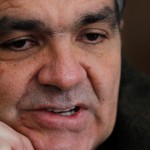 Democratic Center candidate Oscar Ivan Zuluaga’s sick leave leading up to the second round of presidential elections may have been part of a political strategy, according to political experts from across the political spectrum.

In an announcement on Wednesday, Zuluaga’s campaign said the candidate was sick with acute laryngitis and could not campaign for four days,  which was the exact time left before Sunday’s election which pits him against incumbent President Juan Manuel Santos.

Colombian political expert and National University academic Edgar Ramirez said Zuluaga’s sick leave “is problematic, incomprehensible, and for me unprecedented and so unique in the political history of Colombia.”

According to Ramirez the sick leave could be a tactical retreat to the avoid confrontations that have recently damaged his image in the eyes of some.

Monday night’s presidential debate displayed Zuluaga getting clearly irritated by his opponent with his responses going viral on social media.

MORE: Zuluaga, Santos slam each other over peace, reputation in Colombia’s presidential debates

But it is not just voices on the left that are questioning the move.  Editor of news site Colombia Politics, Kevin Howlett, who has frequently predicted a Zuluaga victory in this election, has also raised doubts.

“The campaign trail is arduous, it’s a surprise more politicians don’t get ill. I find it difficult, however, to believe Mr. Zuluaga’s boss, Alvaro Uribe, famous for his ‘work work work’ mantra, would allow his candidate four days off work just five days before Colombians go to the polls,” Howlett said.

“In a campaign defined by nasty tricks, there are many who view this news with suspicion.”

Zuluaga’s sick leave has resulted in the cancellation of another presidential debate that was planned for Friday.

Meanwhile, the President has been campaigning almost continuously after a prostate operation in October last year. This operation was given as a reason why Santos wet himself during a campaign event in March.

In the last weeks of the campaign, President Santos and his team have been working hard to mobilize the base and the liberal sector garnering endorsements from Bogota Mayor Gustavo Petro, former leftist presidential candidate Clara Lopez, former constitutional court justice Carlos Gaviria, and former Bogota mayor Antanas Mockus.

On Thursday, he even gained the endorsement of Colombia’s richest man, Luis Carlos Sarmiento.