Would you want a demobilized FARC guerrilla as neighbor? 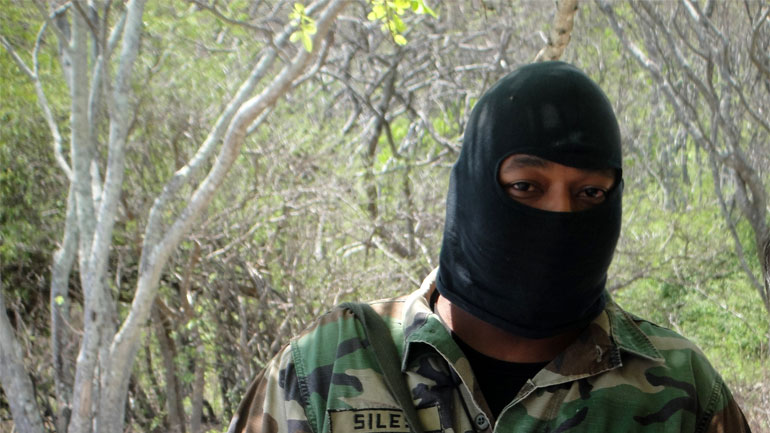 The majority of people from Colombia’s conflict areas would be okay living next door to a demobilized FARC guerrilla, but that’s as far as they would go, a recent poll said.

An extensive poll held in municipalities that have been defined as key areas if the administration of President Juan Manuel Santos reaches a peace deal with the FARC tried to paint a picture of the challenges a post-conflict Colombia would be facing.

The poll showed high levels of victimization in these areas and a limited acceptation of demobilized fighters.

In the 44 polled municipalities; 63.1% of the interviewees said that at least one member of their immediate family had been victim either of homicide, displacement, kidnapping or forced displacement in the past.

The main culprits of this victimization are linked to either neo-paramilitary groups and rearmed paramilitary actors (43.7%), closely followed by leftist guerrilla groups FARC and ELN (39.9%). An additional 4.9% of the interviewed victims said their family had been the victim of crimes committed by security forces.

To solve the ongoing victimization, 77.2% of the interviewed residents of conflict areas said to support a negotiated end to the war rather than a military solution or a combination of both.

Consequently, the support for the ongoing with the talks is much higher in conflict areas than when measured nationally. When polled in 2014, 53.4% of Colombians said to be in favor of the talks. Of those living in conflict zones this support for the talks stood at 65.1% in April. Another 24.5% does not support the talks and 10.4% proved indecisive.

However, faced by ongoing victimization of neo-paramilitary groups and rearmed paramilitaries who demobilized a decade ago, expectations that the talks will result in lasting peace are low. Only 5.9% of the interviewees said the definitive demobilization of FARC fighters was “very possible,” 23.3% said it was “possible,” 43.9% said “hardly possible” and 26.9%% responded an effective demobilization of guerrillas is “not possible” at all.

If demobilized, the FARC guerrillas understandably face a relatively hostile attitude from the communities that have been victimized either by the FARC or other groups.

A vast majority of 60.6% of conflict area residents would not be in agreement that FARC fighters receiving amnesty against 27.5% who do.

In spite of this lack of confidence in the possibility of reconciliation, 56.8% of conflict area residents would not have a problem having a demobilized guerrilla as neighbor against 40.9% who would object.

But this social acceptance of demobilized FARC guerrillas ends pretty much there.

When asked if they would object if their child became friends with a demobilized FARC guerrilla, 67.2% said yes. Only 17% of conflict area residents would approve.

Also at a future work place, demobilized FARC guerrillas will have to count on a relatively hostile environment. Even though a minority, 35.9% would not want to be colleagues with a former guerrilla fighter. This rejection is less, 33.6%, if the demobilized fighter is a woman.

This rejection of an effective reintegration of FARC fighters is mainly driven by fear of the group accused of thousands of human rights violations.

When asked how they would feel if in a group dominated by former fighters of any illegal armed group, a staggering 83.5% said to either feel nervous or in danger.

When asked to describe a demobilized fighter, 33.6% responded they are dangerous. Another 16.4% said they were violent. Some 29% said they’d imagine them to be nice or tranquil.

Notwithstanding, almost half of the polled residents of conflict areas, 49.2%, believe Colombia would be a more inclusive country and little more than 46% believe the country would become more tolerant.

However, 39.5% also expect an increase in crime rates, 37.6% fear a reduction in labor opportunities, 36.2% foresee a corruption of moral values and 35.2% believe the economy would be negatively affected.

Only 16.5% of the polled residents said to believe general interpersonal confidence would benefit from a FARC demobilization.

The post Would you want a demobilized FARC guerrilla as neighbor? appeared first on .