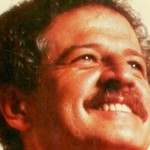 Sources in the Prosecutor General’s Office told the newspaper that witness statements shed a new light on the involvement of government agents with the cartel and paramilitary leader Carlos Castaño in one of Colombia’s most iconic political killings.

The report came one week after the former director of the intelligence agency, Miguel Maza, was reported to be facing arrest over his involvement in the killing of the popular presidential candidate.

This new information is part of the results of a two-month investigation which the prosecutor’s office announced to reveal one week ago.

According to the witness, several DAS agents started working for the Medellin cartel prior to the assassination of Galan.

The witness revealed that one of the agents on the cartel’s pay-role obtained crucial inside information about the assassination plans four days before it was carried out.

He also mentioned that these agents confirmed that the former director of the intelligence agency received money from Medellin cartel’s second leader, Gonzalo Rodriguez alias “The Mexican.”

The allegations add more weight to the informal charges against Maza being involved in the popular liberal politician’s death as the prosecutors have been trying to prove for years that the security unit assigned to the protection of Galan had been infiltrated by the cartel.

Maza has vehemently rejected accusations, denying knowing the agents on the cartel’s pay-role or them being part of the Galan security team.

“I only got to know that one of “El Mexicano”‘s organization came over, but I don’t know more about that. They want to harm me with lies!” Maza told press.

The former intelligence chief would be the last of three high ranking former authorities being charged for the killing of Galan, while former DAS intelligence executive Manuel Gonzales and retired Police Major Luis Montilla are already awaiting trial on charges of aggravated homicide.

Popular liberal presidential candidate Luis Carlos Galan was assassinated during a public appearance in the central state of Cundinamarca by members of the Medellin drug cartel which he had riled due to a proposed extradition treaty with the United States.  He was expected to win the 1990 presidential elections.

The DAS was the chief intelligence agency of Colombia until 2010, when current President Juan Manuel Santos transferred most functions to the Police. The agency had been disgraced by numerous scandals involving political killings, ties to paramilitary umbrella organization AUC, the illegal wiretapping of government critics and the Supreme Court, and drug trafficking.