Why Latin America Should Go All In On The Sharing Economy

The collaborative approach to trade, production and services could help countries like Colombia end their dependence on raw materials.

(Bogota, Colombia) While we tend to think of the so-called sharing economy as a new concept — a product of the fourth industrial revolution — its origins are far older, as old as the economy itself. 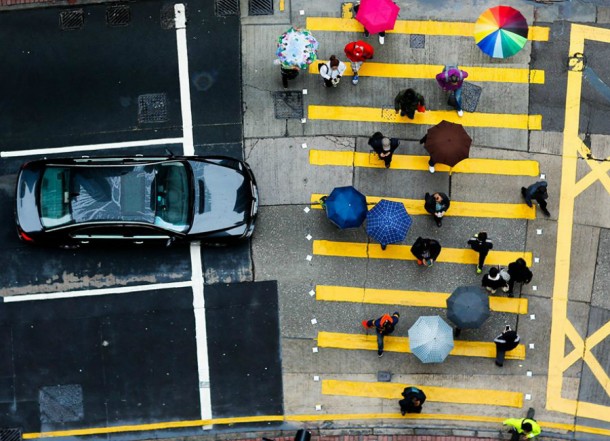 What’s happening now, rather, is that due to the rise of e-trading and disruptive models that are ending certain logistical chains, the concept is developing and permeating popular speech.

For Latin America, there are both benefits and challenges involved with these economic shifts. But they also offer a real possibility to redevelop our battered economies. In Colombia’s case, like with most Latin American economies, dependence on the sale of primary goods has caused considerable instability. Dependence on a good, especially commodities or natural resources, destabilizes economic growth in the two other types of goods: secondary and tertiary.

With primary goods (raw materials or renewable and non-renewable resources), prices are usually free-floating and depend on international rates set in this case in U.S. dollars. The greater our dependence on these goods, the less chance we have of pursuing real economic development, of diversifying, in other words, into industrial production (secondary goods) and providing world-class services (tertiary goods).

Dependence on the sale of primary goods has caused considerable instability.

The dollar’s current price volatility makes diversification even more urgent — so as to avoid its negative effects on an already shaken economy. This is why Latin American economies should do all they can to seek alternatives. In our case, as I’ve written before, the state needs structural reform. That reform must envisage changes in education, justice, security, infrastructure, and cargo and passenger mobility inside the country.

Colombia also needs to root out corruption and do away with inefficient bureaucracy in both the private and public sectors. And on the financial side, we need to overhaul the system of taxation. If this overhaul were fully implemented, the country’s risk ratings would improve substantially, and that, in turn, would help make the country more competitive.

What we need to drive this scale of economic transformation are more and better jobs. This could be done by promoting private and public initiatives that involve the sharing economy concept. Its essence is fairly simple and based on the integration of producers and consumers in a community. Both sides have a common objective, so creating a collaborative framework between them facilitates their connection and, ultimately, the exchange of products and services.

The task of institutions should be to pave the way for revolutionary ideas like these.

Creating collaborative eco-systems to aid the mechanization of farming, say, may help yield a high-tech, industrialized farming sector. This industrialization would allow us to move on from the production of primary goods, with benefits for both producers and consumers, locally and abroad.

Exploiting the fourth industrial revolution and using its enablers (digital elements, the internet of things) will be fundamental for creating collaborative eco-systems. The task of institutions should be to pave the way for revolutionary ideas like these.

That they’re still focused, for the most part, on traditional businesses rather than the collaborative model isn’t surprising. But that’s all the more reason why deep structural reforms are now a matter of urgency.