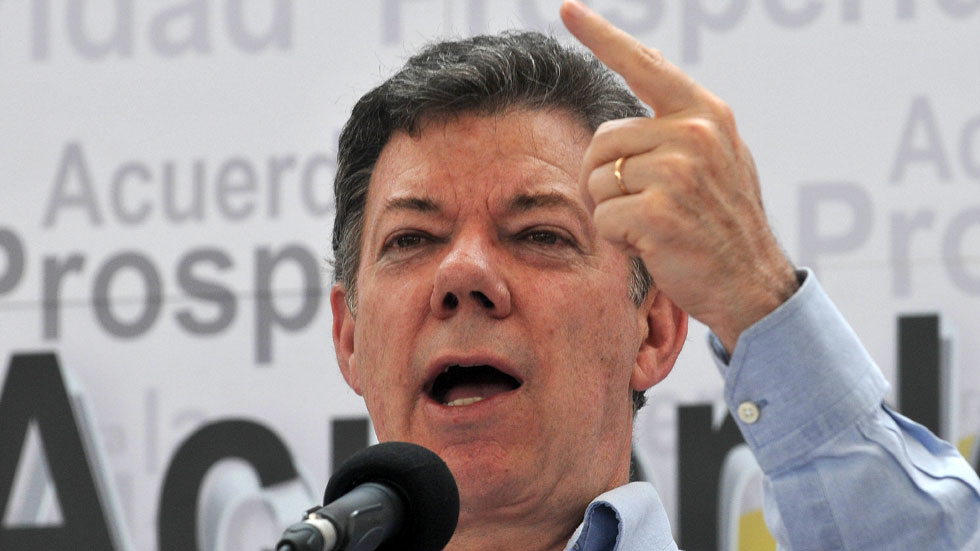 Colombian President Juan Manuel Santos on Wednesday warned leftist rebels that their illicit fortune would be seized and used to pay reparations to war victims should voters approve a peace agreement in an Oct. 2 plebiscite.

Speaking at Reuters Newsmaker forum in New York, Santos noted Colombia’s history of seizing assets from drug cartels, recalling how the Medellin and Cali cartels were once considered invincible at their peak strength in 1980s and ’90s.

“They were not invincible. We destroyed them,” Santos said. “We know how to go after their (the guerrillas’) money and we’re not by any means allowing them to launder their money. If we find any property, and we have many of their properties already identified, we will simply take those properties away and use that money to repair the victims.”

Santos says the guerrillas of the Revolutionary Armed Forces of Colombia (FARC) accumulated cash, property and bank accounts as a result of their alliance with Colombia’s drug traffickers, assets the FARC may seek to shield.
How much money does the FARC have?

Colombian voters will decide whether to approve a peace agreement between the government and guerrillas of the FARC. A “yes” vote would end Latin America’s longest war, which has killed 265,000 people and displaced millions since 1964.

Santos’ government, which reached the deal after four years of negotiations with the FARC in Cuba, opted to put the agreement up for a vote. Although opponents led by former President Alvaro Uribe are campaigning against the peace deal, public opinion polls show it is favored to win.
Opposition cracks as Colombia increasingly supports peace with FARC

If approved, the agreement would require the FARC to pay war reparations to victims. The FARC also agreed to sever any ties with the drug trade and help the government destroy coca crops and drugs labs.

Though the famed Medellin and Cali cartels were broken up, and the US government has provided billions of dollars in military aid to fight their drug-trafficking successors, Colombia remains the world’s leading exporter of cocaine.

Santos, who staked his 2014 re-election campaign on the peace process and has seen his popularity plummet in his second term, nonetheless predicts victory and peace for the first time in decades.

“People are simply tired of war,” he said.