The manager confirmed that Bogotá has been awarded the largest fleet of electric buses in the world, outside of China.

QCOLOMBIA – The public transport system in Colombia has been one of the worst-hit sectors since the start of the coronavirus pandemic, as quarantines forced citizens to stay at home much of the time and this caused the mobilization of citizens to be almost nil.

However, systems like Transmilenio had to guarantee mobility options.

Although revenues fell considerably, the capital’s largest mass transit had to adapt to the difficult situation and the District’s support was key to continuing its operation.

In dialogue with the newspaper Portafolio, the general manager of Transmilenio, Felipe Andrés Ramírez, spoke about how the company was able to sustain its operation and the plans that are being carried out to improve and expand the system in 2021.

“If we look at the positive, in 2020 we managed to enter 1,300 vehicles into the system that will help improve operations. Today we have 259 electric buses in the city, and last year 1,105 additional buses were awarded (…) the time when we mobilized the least, 700,000 (people) were transported a day, and we managed to get them to enter the system in an orderly way at the most critical point of contagion,” he said.

Despite the fact that with the economic reactivation it was possible to return more people to the system, the number of people currently mobilizing is not as expected.

According to the manager, several studies have found that transportation systems are not the greatest point of contagion, and that, with the correct use of a mask as the effective ventilation of buses, it is possible to move safely. 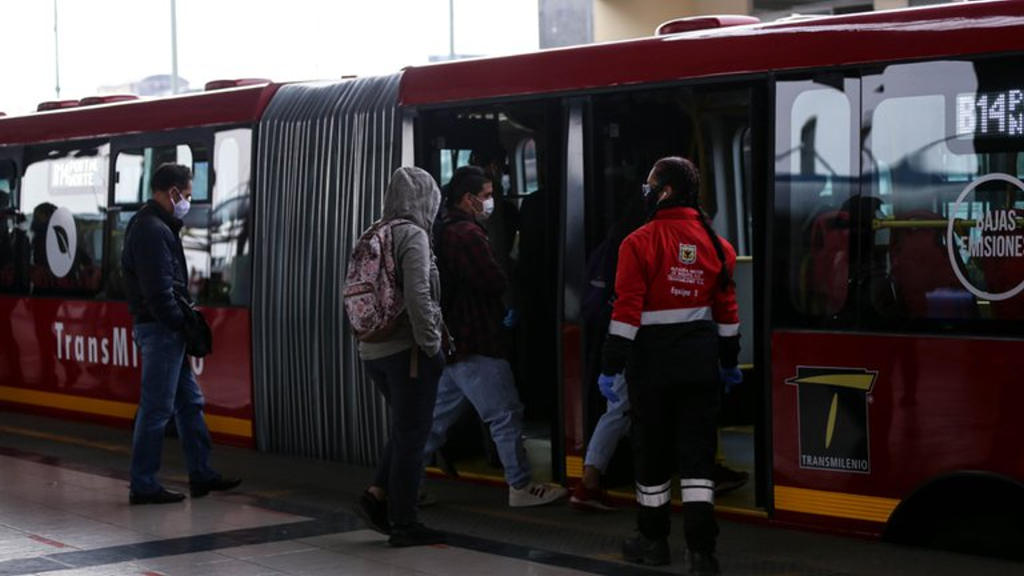 Currently, the system is operating with 100% of its fleet. However, their location is depending on the place and time, since there are certain points that need more vehicles than others, and that also helps to take care of resources. In the trunk axis, the fleet is 2,236 buses and 787 feeders, while in the zone there are approximately 6,186 vehicles operating.

There are several important projects that we have for this year, one is to continue with the dismantling of the provisional Integrated Transport System and the implementation of the electric buses that are needed, the creation of the public transport operator is also planned, as well as the continuity in station improvements.