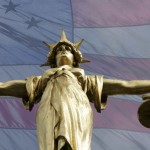 According to the news agency, the Colombian Prosecutor General’s Office received the request to extradite rebels Omar Restrepo and Adan Jimenez in November.

The two members of the FARC’s 36th Front, active in the northwestern Antioquia state, are wanted by a Virginia court for drug trafficking.

The Colombian government had revoked the arrest warrants of all members of the FARC’s negotiating team last year as the guerrillas were sending their representatives from Colombia to Cuba.

A little more than a year after peace talks began, the FARC and the government are currently discussing the rebels involvement with drug trafficking.

If successful, the peace talks will the secure the demobilization and political future of the FARC, estimated to have between 7,000 and 11,000 fighters.

The United States’ government has repeatedly expressed its support for the peace talks. However, US courts have continued criminal investigations against FARC members accused of drug trafficking.