US approves $320M for Plan Colombia as controversial program continues 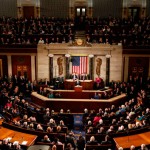 The United States has finalized their fiscal budget for 2014 which will see Colombia receive the next installment of Plan Colombia to the tune of $320 million.

Of the $320 million, $140 million will be attributed to counter-narcotics, $28.5 million to the army and $140 million for development and institutional strengthening.

This allocation of aid demonstrates the priority the US places on counter-narcotics efforts in the region despite the fiscal difficulties it faces domestically.  Colombia’s Ambassador to the US, Carlos Villegas, has said “The action taken by Congress to maintain support for Colombia demonstrates strong bipartisan support for the program and reinforces the importance of long-standing strategic partnership”.

Plan Colombia has been a large part of the US’ “War on Drugs,” which has been waged primarily in Latin America. Plan Colombia has evolved since its inception in 1999 and has slowly started to shift away from its traditional military emphasis towards developmental and institution strengthening programs.

In the past, the program had received criticism for its support of aerial fumigation, a policy of dropping pesticides from the air on coca crops. However, since December the US has suspended support for air-based counter-narcotic strategy.

The impotency of Plan Colombia and the failure of the “War on Drugs” has pushed drug policy to the front the international agenda again.  Juan Manuel Santos, along with several other Latin American Presidents, has been a key actor in bringing forward a UN General Assembly Special Session (UNGASS) on drug control forward to 2016 rather than the original scheduled date of 2019.