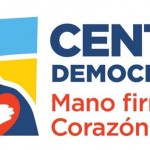 Colombia’s former president Alvaro Uribe on Friday updated the name and logo of his new political party after the country’s electoral authority rejected the initial proposal.

The old logo was banned because it contained the former leader’s face, while the previous party name, Uribe Democratic Center, used the former president’s name which contravened national electoral law as political parties should be centered around ideas, not persons. 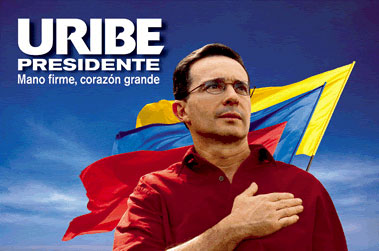 The new logo, which was unveiled before the National Electoral Council, has swapped Uribe’s face for a silhouette instead with a hand on its heart, similar to the 2002 poster that got Uribe his first presidential term.

Uribe explained that “the only logo I need is a logo in the hearts of Colombians who have shown me affection, and those who charge me of wrong doing and who would be able to forgive me, I also need a bit in their his hearts in order to have this logo.”

Due to his presidential reign from 2002-2010, Uribe cannot run for presidency. Instead, the former head of state intends to run for a seat in the Senate, leaving the presidential candidacy to one of his closest allies, former Finance Minister Oscar Ivan Zuluaga.

Colombia’s congressional elections are in March, with the presidential elections will be held in May.