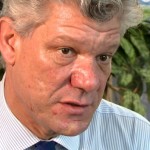 The UN on Thursday sent its representative in Colombia to Cuba where he will hand over proposals from civil society about drug trafficking, the latest point on the agenda of ongoing peace talks between the government and rebel group FARC.

The two workshops were organized by the UN and Colombia’s National University, involving different sectors of civil society like academic experts, social movements and NGOs whose 1,300 delegates discussed the topic before coming up with the proposals.

“Stop spraying [illicit crop cultivation] and start implementing eradication in cooperation with communities. This is not only feasible but more a necessity because eventually the state will have to occupy the areas now dominated by the FARC, providing basic services to the population. Before this happens, there will be no peace,” proposed one of the delegates, according to weekly Semana.

The proposals can basically be arranged in three sub-topics including the substitution of illicit cultivation, drug abuse prevention, and drug production and trafficking.

Regarding this first issue, the proposals indicate that aerial spraying should be stopped immediately and the manual eradication of illicit coca and marijuana crops should be implemented in cooperation with the communities.

Furthermore, the delegates propose that substitution should be gradual and funded by the state, supporting environmental recovery in areas of coca cultivation.

Delegates also stressed the need for decriminalization of the farmers including vulnerable indigenous and Afro-Colombian communities and instead to focus criminal prosecution on the persons benefiting the most from illegal drug trafficking.

The second point of the proposals put emphasis on the need to prevent drug consumption from an early age and on treating drug addicts with a holistic approach; relating health issues with socio-economic and cultural factors.

The delegates also indicated that the negotiations of Havana should consider social inclusion of drug addicts and come up with public policies for drug abuse prevention.

According to the delegates, the last issue of the proposals is perhaps the most critical and controversial one due to the difficulty of finding a local or national “solution”; given the international dimension of illegal drug trafficking.

One of the central proposals stresses that it must be distinguished between cultivation for the production of illicit drugs and the ones that are intended for ancient, alternative and traditional usages, even indicating a possible legalization of coca under state regulation.