U.S. Dollar again exceeded 3,400 pesos for fears of an economic slowdown in China

Stock markets in Asia, especially in China, are operating downward due to the spread of the deadly virus in that continent 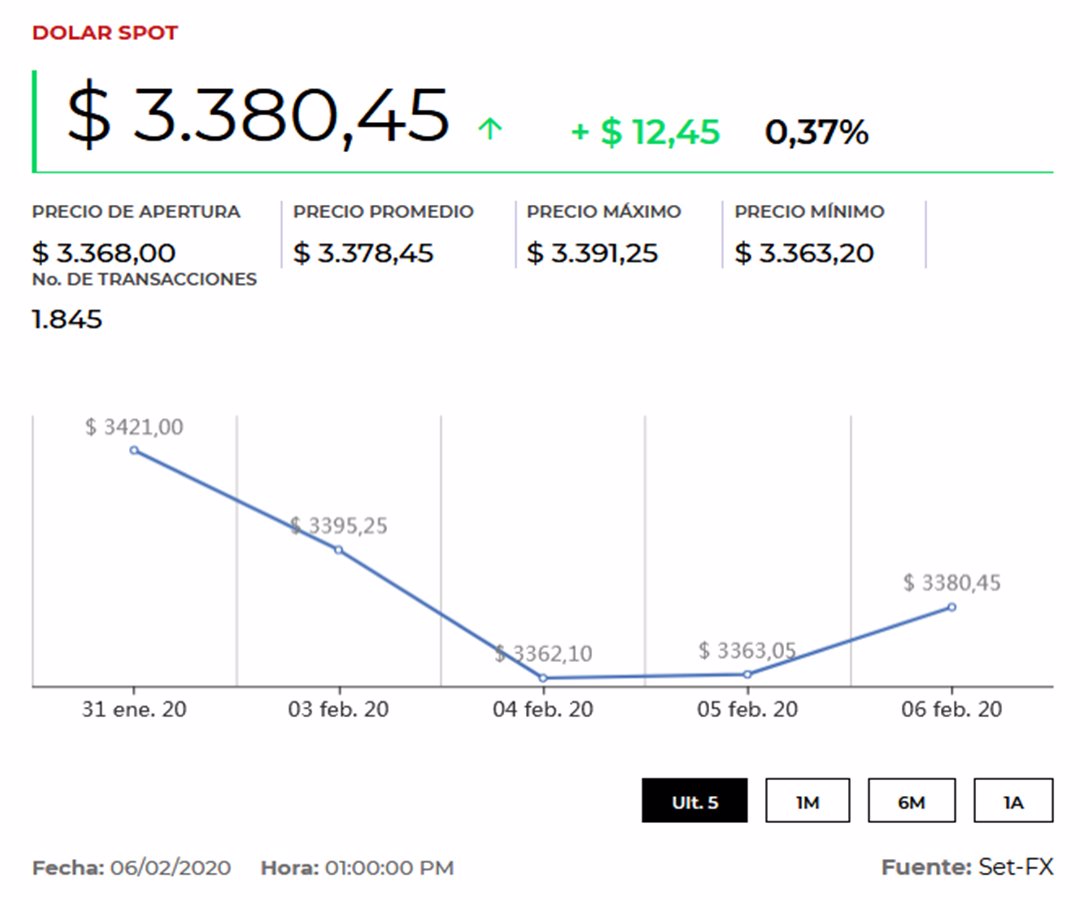 This is the fourth time in the year that the currency exceeds the COP3,400 level, having the highest price last February when the TRM was at COP3,423.24, reports La Republica.

Stock exchanges in Asia continue to be affected by the virus, as news about its spread increases. For example, Japan is still in alert to the cases that are confirmed in the cruise ship with more than 3,000 people, while Foxconn, the Chinese manufacturer of Apple, asked its workers not to return to the Shenzhenfacilities after the end of the Lunar New Year break on February 10.