TODAY COLOMBIA – Two Dutchmen were kidnapped in the northeast of Colombia on Monday, the country’s ombudsman announced. According to local media, the victims were journalists.

The Ombudsman’s Office tweeted that the reported journalists were “retained” in El Tarra, a municipality in the mainly lawless region of Catatumbo, Norte de Santander in the northeast of the country.

Derk Johannes Bolt, 62, a television journalist, and Eugenio Ernest Marie, 58, a television cameraman, were seized while working in El Tarra in Norte de Santander, which borders Venezuela, according to a military statement.

They were searching for the mother of a Colombian child adopted in the Netherlands a few years ago.

The Colombian authorities tweeted a demand “for the immediate release of the two men.”

“We have established that members of the Frente Hector of the ELN appear to have kidnapped the journalists,” the statement said. 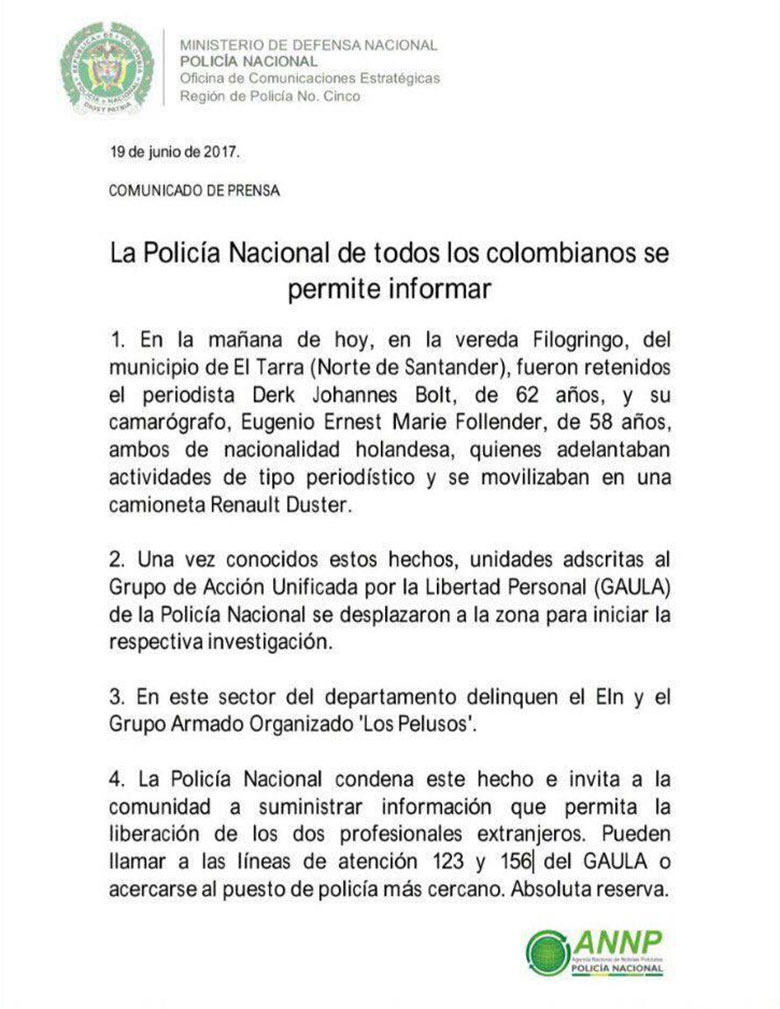 The ELN, the second biggest insurgent group, is in peace talks with the government to put an end to more than five decades of war in the Andean nation.

The biggest rebel movement, the Revolutionary Armed Forces of Colombia (FARC), signed a peace accord late last year and is expected to complete disarmament this week.

The armed forces have launched operations to find the two Dutch reporters.