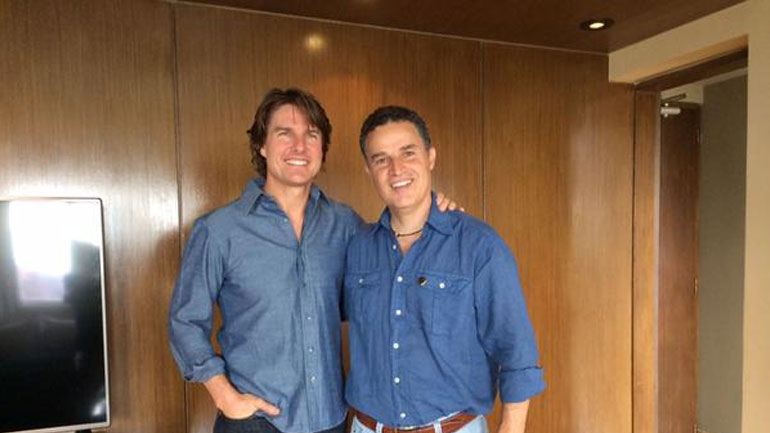 Hollywood star Tom Cruise met with the mayor of Colombia’s second largest city, Medellin, to discuss the filming of “Mena,” a film about Pablo Escobar.

“It was a friendly and productive meeting that lasted more than an hour,” Mayor Anibal Gaviria said, adding that Medellin Film Commission members and Dynamo Producciones executive Andres Calderon also participated in the gathering.

Cruise plans to “spend a few more days” in Medellin to “get some work done on the shooting” of “Mena,” the mayor said.

The 53-year-old actor thanked officials for their support and said he felt “comfortable” in the city, Gaviria said.

“Cruise is living in Medellin. He’s gone to different restaurants to eat and has spent time with the people,” the mayor said.

The Hollywood star was impressed with the “beauty of the mountains” in Medellin, Gaviria said. “His comments about the city were positive and he has an extremely positive impression of Colombia.”

Cruise shared some ideas about how to turn Medellin into the “film industry capital of Latin America,” the mayor said.