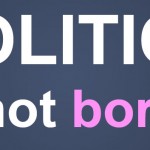 A number of Colombia’s rich and famous will be taking part in the country’s 2014 congressional elections. Here’s a brief introduction to the stars seeking a future in politics.

Vallenato singer Lisandro Mesa has long been the bad boy of the folkloric music style he represents. Not only has he frequently caused controversy over challenging and sarcastic lyrics, in 2008 he spent some time in jail over his alleged involvement in a murder. The singer hopes to be elected to the House of Representatives with the support of the Liberal Party.

Orchestra leader and singer Fruko (born as Julio Ernesto Estrada) is a living legend for salsa fans. The Medellin native, active in music since the 1960s with a number of Colombia’s most legendary salsa orchestras, is vying for a seat in the Senate for the U Party, led by President Juan Manuel Santos.

Former Miss Colombia Vanessa Mendoza was called “black barbie” when in 2001 she successfully aspired to become Colombia’s most beautiful woman but failed to become Miss Universe the next year. The Choco native, currently leading a foundation that seeks to help children in the Pacific state she’s from, hopes to become a member of the House with the support of Working for Colombia Foundation, a party currently not active in Congress.

TV comedian Juan Ricardo Lozano is not just funny; The aspiring senator is also an attorney and reportedly studied literature and linguistics. Lozano, aspiring to join the Senate for the coalition Liberal Party, has a foundation that seeks to support disabled and poor Colombians, and victims of domestic abuse.

Soap actor Gregorio Pernia became famous in Colombia for his role in soap operas like “The Daughter of the Mariachi” and “The Mother” and already tried to enter politics in 2010, but — unfortunately for him — without success. This time the TV hunk is aiming for one of the 102 seats in the Senate with the support of coalition party Cambio Radical.

Senior soap opera star Consuelo Moure is seeking a seat in the senate, reportedly to improve the rights of actors and others involved in Colombia’s entertainment industry. She hopes to do this with the support of socialist party Polo Democratico.

Bogota soccer star Bonner Mosquera is hoping to exchange his soccer career for one in politics. With the support of the Liberal Party, the sportsman hopes to be elected into the House.

Former soccer star Herold Lozano wants to enter the House with the support of Afrocolombians in Action. The sportsman is particularly famous for being part of the national team when Colombia last made it to the World Cup in 1998.

Track and field star Norfalia Carabali is the second prominent sports figure on the list of Afrocolombians in Action.

Track and field star Maria Isabel Urrutia, the proud owner of an Olympic gold medal, is one of the most experienced in politics of all participating stars. She was elected to Congress in 2002 and 2006 and unsuccessfully tried to become Mayor of Cali in 2011.