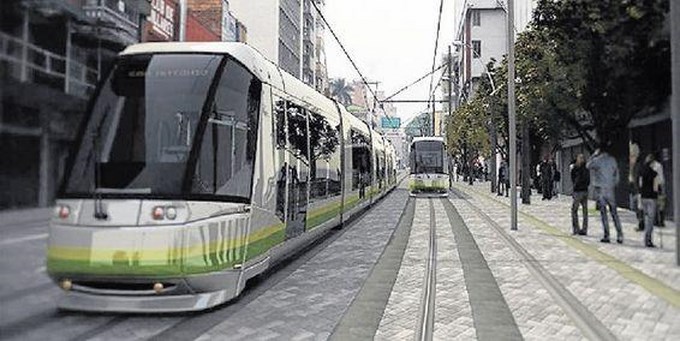 The tranvia (tram) will complement an integrated system that will eventually link Medellín to all nine of its satellite cities.

The idea of a tram was first floated during Fajardo’s 2004-‘07 mayoral term, with formal planning beginning in 2008 and construction starting this year.

“We did the analysis,” says Juan Camilo Gómez, a civil engineer for Metro, the transport body jointly owned by the city and regional government. “We saw the tramline was the best solution to our needs” in terms of cost, projected traffic volume and geography.

According to Gómez, the 4.3 kilometer Ayacucho Tramline will cost $320 million, largely funded by credit from the French government. “For infrastructure projects, these are low costs, economical costs, but they have great social impact,” he says. “We aim to bring all of the urban and social change which accompanies the arrival of cable technology transport – exactly what we did in Santo Domingo.”

The development of social and educational space around stations will also continue along the new routes, which Gomez says are “a pretext to return to the people what has been stolen from them (by violence and crime): public space.”

More: The Tramways of MEDELLÍN

Meanwhile, as Mobility Secretary Hoyos underlines, the Ayacucho Tramline is just the latest leg of an integrated system that will link Medellín to all nine satellite cities that make up the Aburrá Valley Metropolitan Area. Hoyos says the next leg, a 13.5 kilometer tramline extending into the southwest of the city, is planned and awaiting financing to begin construction.

According to Hoyos, when the Ayacucho Tramline opens in 2015 it will be part of a strategy to oversee one million journeys on government-provided public transport each day – a 67 percent increase over the current 600,000. Through the use of gas and electric power, it also fits into a scheme to prioritize pedestrians and environmentally friendly travel.

“The metro is the umbilical cord (of the city),” says Hoyos, and part of an overall plan to create a city “which thinks more about the people than the machine; a city of public space, where citizens can move safely.”