The Corruption At The Heart Of Colombia’s Health Care System 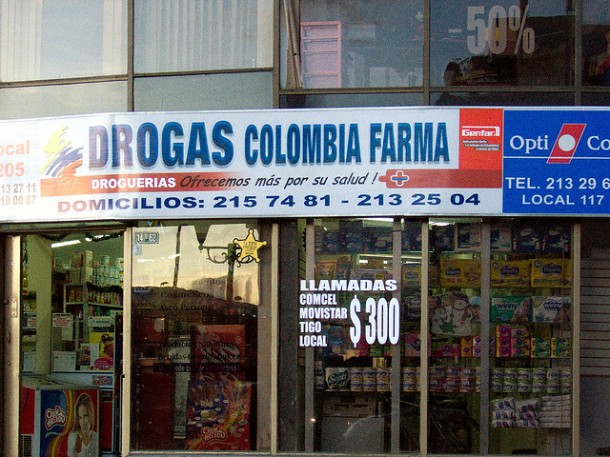 BOGOTA – In the middle of July, as the Colombian government was presenting a bundle of measures to reform the health-care industry, 5,000 people congregated in the Plaza de Bolivar in Bogota to hold a “White March.”

One block away from the president’s office, the protest was led by a group of women in black, to symbolize the death of the health care system in Colombia.

The public demonstration came after months of press reports of a nation’s medical care in crisis: an elderly man in chains in an assisted living facility, asking for his medicine; 36 doctors resigning in the city of Quibdo, in eastern Colombia, after months without pay; a young man dying after waiting for hours to be admitted to the hospital.

Since 1993 the government has regulated health care through the Ministry of Health and Social Protection. There are two types of standing in the health-care system – contributive or subsidized. The first is for people who have some kind of income, the second for the unemployed.

Benefits for the first group are financed with a percentage of their monthly salary, while benefits for the second group come from government contributions. At the moment, both types of membership, which affect 96% of the population, are in question.

The contributive regime is delegated to the private sector and managed by the Healthcare Services Promotion Companies (HSPC). All working Colombians pay 12.5% of their monthly salary in contributions to the health care system. Freelancers and independent contractors pay the whole 12.5%; employees pay 4% of their salary into the health-care pot, while their employer picks up the rest. The loot that the HSPC networks must have is incredible.

The National Audit Office has opened cases totaling $683 million against the various HSPCs. Half of the HSPCs are suspected of corruption; the government has imposed precautionary anti-corruption measures on 36 out of 76 of them, and one has been taken over completely by the government. In all, the Colombian government and the HSPCs owe hospitals and clinics $2.243 billion, and 775,102 lawsuits have been filed by citizens against the government concerning access to medical care.

The corruption problem has raised the question of whether private companies should continue to control public money for what is considered a social right, or whether the government should control the system once more, as it did prior to 1993. At the same time, there are also critics of the government’s cases against the HSPCs. “There hasn’t been a single guilty sentence, everything is just investigations,” says Colombian congresswoman Gloria Diaz.

There are also problems with the subsidized health plans, which also involve HSPCs. The companies are accused of fictitious accounts, inflated prices for drugs and medical procedures, double-billed supplies and medicine that is never used, as well as of the use of state money for political campaigns. The National Audit Office insists that if the money were all invested in health care, there would be enough. A study by the same office discovered that in 2010, 75% of the $840 million meant for health care in 74 municipalities was lost.

As the government studies the workings of the HSPCs, it is taken for granted that more than half of them will disappear. The measures announced by Colombian President Juan Manuel Santos include an injection of $672 million to ease the budget pressure on hospitals and clinics, as well as the creation of a guarantee fund to save HSPCs in crisis. It would also restructure the system and combine the contributive and subsidized membership options.

The president affirmed that the current model will continue. This did not exactly please the many people who want a change. “It’s a slap in the face to think that after the HSPCs robbed us, we now have to give them money,” said Francisco Yepes, a public health professor at the University of Javeriana.

Several associations of scientists and doctors have presented Congress with proposals for the government to regain control. “In saying that there needs to be a structural change, we are not saying that the private companies need to disappear, but that the government should be the dominant representative of the public good,” Yepes explained.

For their part, the HSPCs say that federal and municipal governments owe them more than $2.243 billion, and that they are being unfairly accused of causing a crisis that has been 10 years in the making and has many more contributing factors. “Unpaid bills among the various parties have made the financial costs unmanageable. Resources that are supposed to be used for everyday operations are being used for financial leverage,” explained Alvaro Cobo, president of the Asocajas association, a group of HSPCs.

For Juan Carlos Giraldo, director of the Colombian Association of Hospitals and Clinics, the most important reform is to change who has possession of the money. Right now, the HSPCs get the money in advance. “That is the source of all the problems, because every time someone needs a service, it means that the insurers have to get money out of their pockets. If we change that, we will make everything easier,” he said.

The government says that the current regime has increased health coverage, but the detractors ask whether or not that matters if no one is able to access health services at all. The increase in the number of tuberculosis patients is one argument detractors use, saying the government is not addressing prevention. “The situation in Colombia should be a warning for other countries that have tried to imitate us. It should also be a warning for the World Bank and the Inter-American Development Bank, which have both been promoting the Colombian model,” Yepes said.

The debate is on the table, and advocates of change have said that they will take the issue to a referendum, if necessary. Hopefully the government’s new measures will keep the system alive, even if they are not enough to get it out of intensive care.