The Challenging New Path For Tourism In Medellín & Antioquia

Finance Colombia – Of all the economic sectors in Antioquia & Medellin, tourism is the most affected, including its entire value chain including lodging, travel agencies, air, land, river, & maritime transport, gastronomy, bars, and entertainment. 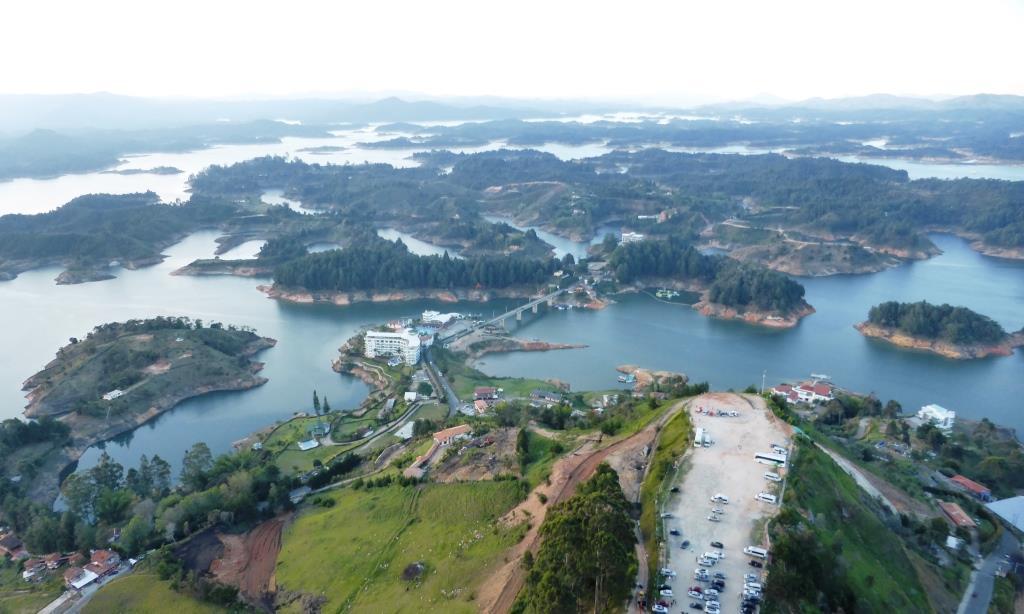 Its recovery is the most complex of all, since it not only depends on ourselves as a country and region, but also on what is going to happen in other countries and regions. The main obstacles to overcome will be confidence and priority in spending.

Likewise, the complete reactivation of the sector will not take place until a vaccine against the virus is available to allay fears of contagion. There are 107 research projects underway, so far only two or three projects show possible success in the short term.

The sad part about the success story of inbound tourism in Medellin & Antioquia is that COVID-19 arrived just when, after many years of efforts, the sector registered its most important advances where each year a large number of tourists circulating on our streets increased visiting our stores and points of tourist interest.

Many international airlines that did not have Medellin on their route map decided to land operations in Rionegro’s airport.

In the past, Medellin was not attractive to international tourism but now has become an important destination. In 2019, nearly half a million foreigners came to visit the city and its surroundings, making their presence felt in every corner: whether for business, congresses, adventure, gastronomy, culture, or curiosity.

Today, the income of this industry in the region for the current year, particularly for April and May, fell by more than 90% compared to the same period of the previous year, dramatically affecting the region. Antioquia & Medellin face a complex but no less challenging scenario to overcome one more crisis and demonstrate their resilience in tourism again. A special rescue plan is required given the value chain characteristics of this service sector.

Some ideas could range from adopting some rules such as a special system of suspension or modification of labor contracts; compensation or subsidy of salaries temporarily to avoid job loss. Also, a minimum 6-month moratorium on mortgage loans for properties linked to tourism activity or financing the payment of public services until the activity resumes, or being more aggressive, requesting the central government to temporarily eliminate the payment of VAT for national tourists, as is already done now for foreigners. Another idea: defer or reduce the payment of the industry and commerce city taxes. Also, review the costs of air operations at the two Medellin air terminals managed by a foreign firm.

In terms of promotion, relaunch packages to promote local and regional tourism while international passengers arrive again, which surely, we will not see them around here in the short term. Likewise, create incentives for regional tourism that allows you to visit tourist destinations little known by the people of Antioquia and Colombia. Create safe regional green corridors in traditional and non-traditional tourist destinations; perhaps with COVID FREE stamps that will become immensely popular soon generating the confidence necessary for the revival of the sector.

In terms of MICE (Meetings, Incentives, Conventions, Expositions) and massive events, it is important to offer innovative biosecurity practices that generate safety conditions for visitors and exhibitors to attend indoors, perhaps with attendance limitations, but maintaining the activity.

A good idea would be to prepare accommodation packages with metro tickets included in the rate, use them or not, and thus the metro system already has a guaranteed sale. Perhaps create a mixed fund that covers, for example, 50% or 100% of the value of a land or air ticket for the first 10,000 visitors arriving in the city and the next 10,000 visitors, to cover one night out of every two that stay in a lodging establishment.

In short, the imagery is wide and the capacity for innovation is multitasking. The key will be in the discipline of all the local and visiting actors in being able to generate the necessary confidence to reactivate an industry that not only brings business and employment benefits but also sentimental satisfaction and infinite discoveries.

In this sector as in no other, the governor’s office & the mayor’s office must make extraordinary efforts. We have invested in the past a lot in infrastructure and image, and we have been proud of our progress and international visitors.

It is time to work as a team as we have done before between the government and the private sector so that Antioquia & Medellin are back on the map of every visitor. We look forward to overcoming this historic moment.

7 little crowded beaches in Colombia that you should know

QCOLOMBIA - Although among the lessons that the pandemic is leaving...
Read more
- paying the bills -