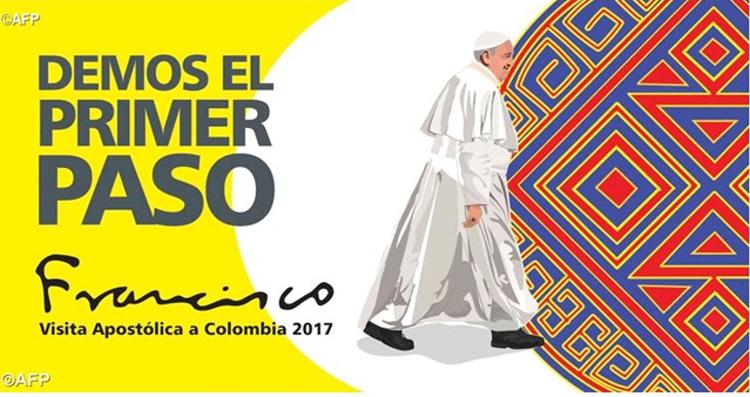 (Agenzia Fides) – The 2017 edition of the “Week for Peace”, to be held in Colombia from 3 to 10 September, coincides this year with two important events for the country: the beginning of consolidating the peace process after the agreements of 24 November 2016 and the pastoral visit of Pope Francis, who will “inject enthusiasm and reconciliation into the hearts of Colombians”.

This is what the President of the Bishops’ Conference of Colombia (CEC), His Exc. Mgr, Oscar Urbina Ortega, Archbishop of Villavicencio said with regards to the 30th “Week for Peace”, founded in 1987 thanks to the initiative of the Church, which has always renewed its commitment to work for the consolidation of peace and reconciliation in the country, especially in this historical period.

Mgr. Urbina Ortega, according to information by CEC and sent to Fides, pointed out that “peace is God’s gift, a task entrusted to the responsibility of the people” and “the Pope will touch the hearts of all Colombians.

For us, a seed is very important in the Gospel, because when a message is given it is a seed that falls on land which is the heart, the land allows the seed to open, grow and bear fruit. This is the dynamic that will undoubtedly be present in the Pope’s messages”.

More than a thousand peace initiatives will take place throughout Colombia during the Week and in the days before and after, organized by a hundred institutions, organizations, movements, universities, NGOs and other realities that reflect a vast religious, social, ethnic, cultural, economic and political plurality. The goal is to give visibility to every effort made every day by thousands of people who work to build peace and initiatives that promote the dignity of the human person. The Week, especially aimed at young people, has the theme of “Many Steps for Peace and

Reconciliation” and is inspired by Pope Francis’s Message for the Day of Peace of 1 January 2017.
The Promoting Committee is led by the National Secretariat for the Social Pastoral Care of CEC, Redepaz, Pontifical Javeriana University and Cinep. A peace march is among the most important initiatives that will take place on September 6 and 7 from various places in the country and will reach Villavicencio on September 8 where the meeting with the Pope will be held; an act of reconciliation among the various protagonists of the armed conflict that will take place on 4 September; a photographic exhibition on the 30 years of the Week; the National Award for the Defense of Human Rights in Colombia.

“The Week for Peace – written in the letter of Convocation – will help to create a vision of peace as an exercise of ethnic, social and labor rights, including the rights and opportunities for Colombian women.

BOGOTA -- At the start of his first full day in...
Read more
- paying the bills -