Coca cultivation and cocaine production are declining, but synthetic drugs are currently the hallucinogens most commonly consumed by young people in the country. 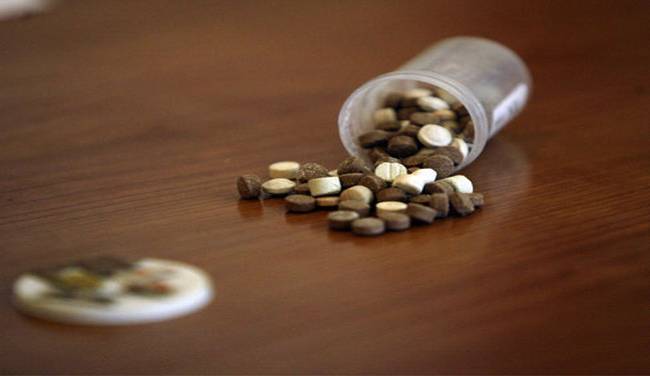 (Infosurhoy)  Coca cultivation and cocaine production are declining in Colombia, but the country’s main cities are being forced to deal with a new plague: synthetic drugs.

The area of planted coca in the country was reduced by at least 25% between 2011 and 2012, according to the United Nations Office on Drugs and Crime (UNODC) “World Drug Report 2013.”

In 2013, the Colombian Army and the country’s police launched a military offensive that has hindered the passage of drugs abroad. In December alone, police seized about four tons of cocaine, valued at US$100 million.

However, in cities such as Bogotá, synthetic drugs are the hallucinogens most commonly consumed by young people, above marijuana, cocaine and heroin, according to the Narcotics Division of the National Police of Colombia (PNC).

In Colombia’s capital city, there are about 130 points of sale for synthetic drugs, according to a study by Universidad del Rosario’s Observatory of Illegal Drugs and Firearms, published in April 2013.

The profile of people buying this class of drugs is not the same as that of the buyers of other illegal drugs, the report states. A gram of low-quality cocaine can be purchased for just $10,000 Colombian pesos (US$5.19), and a dose of Punto Rojo marijuana, which is the cheapest available, can be had for $2,000 pesos (US$1).

“There’s a high level of consumption among the middle and upper classes,” said Viviana Manrique, the director of Universidad del Rosario’s Observatory of Illegal Drugs and Firearms.

Partially in response to this, drug traffickers have sought to offer a wide variety, with names and striking labels that capture the attention of young people from these social classes, said Maj. Diana Castellano Torres, the head of prevention with the PNC’s Narcotics Division.

In Bogotá, for example, more than 45 different types of this class of drug are available for sale, with prices varying based on location, time of day and the substance’s class.

“It’s cheaper to buy them at 7 p.m. than it is at 3 a.m., and prices generally increase based on the proximity to nightclubs,” Torres added.

The wide variety of synthetic drugs poses a range of public health risks. The people who deal this class of drugs usually mix substances such as methamphetamine, LSD and cocaine with common medications such as Viagra, acetaminophen, ibuprofen and loratadine, according to the PNC.

These mixtures, on random occasions, can even lead to death, according to the Universidad del Rosario’s study.

This problem is replicated worldwide. The number of psychoactive substances – compounds not yet controlled by international drug treaties – grew by about 50% between 2009 and 2012, according to the UNODC “World Drug Report 2013.”

Worldwide, 251 new psychoactive drugs were catalogued, most of which are difficult to regulate largely because they are handled by micro-traffickers.

“They are very small amounts of drugs, which are easy to hide,” Torres said. “In addition, there’s a lot of information about these substances on the Internet. This provides young people with easy access to these drugs.”

Since many of these drugs are produced in home laboratories – using medicines legally imported from places such as Europe – it’s difficult to control the means of production in ways similar to the strategy used against coca leaves.

“We cannot get to the point of criminalizing all chemical substances because there are substances for the home, the pharmacy, etc., that must be sold,” Torres said.

The PNC has conducted raids and carried out seizures in an attempt to slow the sale of these types of drugs, but in most cases the amounts seized are minimal – a few kilograms, at most. In other cases, drug traffickers use minors, who can’t be prosecuted fully under the law, to transport the drugs.

For the past 15 years, the Prevention Area of the PNC’s Narcotics Division has conducted a national education program with children between the ages of 5 and 18. The initiative consists of five teaching modules that aim to raise awareness about the effects of drugs and strengthen young people’s decision-making skills.

Each year, about 540,000 young people from 1,500 schools participate in the program, which recently was awarded the Queen Sofia of Spain Award.