The Ferrocarril del Pacífico (FDP) – Pacific Railway – has received a new development injection with the investment of Swiss investors, experienced in handling trains and logistics development.

The Grupo Impala Colombia, which has had a presence in the country for the last two and half years, announced its acquisition of majority shares in FDP, through its subsidiary Fenwick Colombia.

This is the fourth investor in the Pacific Railway, a project that has not lived up to expected developnent since its beginning, moving only 10.000 tonnes of cargo monthly, far short of the expect one million tonnes.

Maria Claudia Alvarez, director of the Cámara Colombiana de la Infraestructura (CCI) – Colombian Chamber of Infrastructure – in the southwest, said this is a good omen with the arrival of experts in the field.

“You have to recognize the efforts of entrepreneurs who have run the company, but the truth is that Grupo Impala is a global railway expert and we believe this is good news”, she said.

Experts believe that the past owners of the FPD did not make the railway a compelling part of multimodal transport.

To that end, the Swiss investors are planning to make river transport part of the program, using the river to make cargo freight competitive. 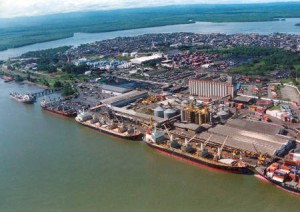 Impala is projecting moving some 80.000 tonnes of cargo monthly, expanding its portfolio of load to include petroleum, coal, sugar, cereals, coffee and fertilizers, among other.

However, the potential for cargo freight is much greater, given that the coastal Pacific seaport of Buenaventura has moved over 11 million tons of cargo this year.