Sweet Taste Of Success – From Colombia 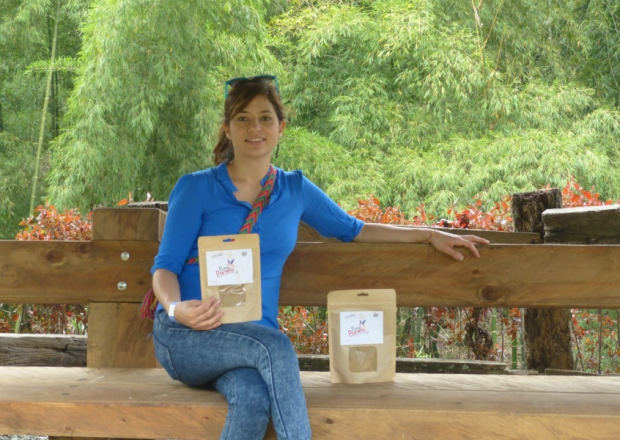 TODAY COLOMBIA, via Yorkshire Post – A Sheffield, England, teaching assistant is tasting sweet success with her sugar import business – after the Colombian government made her UK ambassador for the product.

Natalia Welch has been working for three years to bring her country’s best-kept secret to the UK – panela.

A form of sugar claimed to have 50 times more vitamins and minerals than white, it is the country’s second biggest industry after coffee and generates income for 350,000 people.

Natalia has sold her Pura Panela brand at farmers’ markets and through Sheffield shops and restaurants. She expects business to take off now she has official ambassador status.

Natalia, who came to the UK to study English and criminology at Sheffield University, has been made the UK head of her government’s international Cierre De Brechas campaign, which is supported by the Colombian Ministry for Agriculture and farmers’ co-operative FEDE Panela.

She said: “It’s a huge responsibility but also a great honour. I’m on a mission to show the UK how much better panela is than ordinary sugar. I’m now not only representing my own import business, but the futures of 350,000 people.”

The 29-year-old grew up with the caramel-flavoured sugar, produced by an ancient process which extracts juice from sugar cane, then boils it to a concentrated paste over five hours, preserving its mineral, vitamin and anti-oxidant content.

White and brown sugar is also made from cane juice, but it is extracted using centrifugal force and afterwards has no nutritional value.

“Panela is our superfood. It contains calcium, potassium magnesium and iron,” said Natalia. “Families add it to cooking and their drinks. Even our famous road cyclist Nairo Quintana, who made his debut at the Tour De France in 2013, swears by it for a natural endurance boost.”

Natalia, whose husband is a Chesterfield teacher, hit on her business concept after visiting the Eden Project in Cornwall in 2012.

“There was a mini Colombian rainforest and a table laden with panela. Lots of people wanted to buy some but they had no stock. I spotted an opportunity to import it,” she said.

Natalia has received help from Sheffield University and council-run support service Business Sheffield. In 2014 she won Best Business Idea at the University’s Enterprise Awards and was featured in The Guardian as a Start-up of the Year 2014 nominee.

Foundation head Jim Lawson said: “Ian loved the taste and was impressed by Natalia’s drive. She’s gained knowledge of cash flow, sales, marketing and social media from the Foundation and is receiving ongoing one-to-one support to develop her brand.”

Natalia hopes to grow sales to restaurants and shops across the country, then market to food manufacturers looking for healthier ingredients.