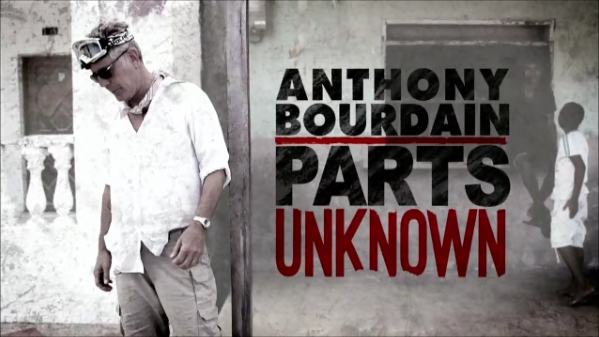 This Sunday, the host actually jokingly gave himself the name “The Enormous C–k” (video follows with transcript and commentary):

Bourdain was in a gaming facility in Bogota, Colombia. One of his opponents was introduced to him as “El Pollo Viejo” which means “The Old Chicken.”

The host then looked at the camera and said, “I need a poultry name. He’s calling himself ‘The Old Chicken.’ I shall be ‘The Enormous C–k.’”

Ladies and gentlemen, this is CNN.