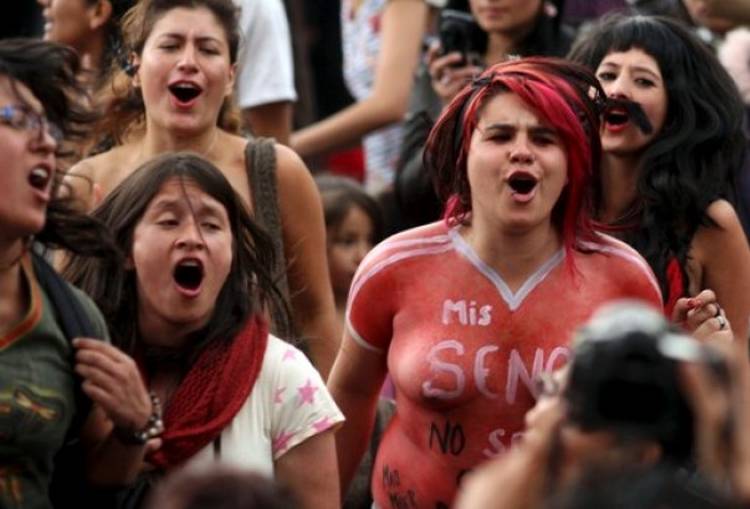 Colombia has been engaged in a low-intensity civil war for decades. Over time, the dynamics of the conflict and many actors involved has transformed, yet one factor remains the same—the civilian population suffers heavily. Colombia has one of the highest internal displacement numbers in the world, numbers according to the UNHCR that rival displacement within Sudan and Iraq.

The roots of conflict can be traced back to La Violencia in the 1940’s, a period which saw the massacre of hundreds of thousands after a Populist Liberal leader was assassinated. In the 1960’s, the Colombian Army began moving through the country to root out armed groups and those aligned with Communists. Two main guerilla groups which remain in operation today, Fuerzas Armadas Revolucionarias de Colombia (FARC) and Ejército de Liberación Nacional (ELN), are rooted in Communist ideology and a mission to redistribute wealth among the peasantry. During this period, paramilitaries also emerged with a goal of supporting government forces.

“The results of this research, carried out between 2001-2009, show the high rate of sexual violence: 17.58% for the 407 municipalities that have an active presence of the armed forces, guerillas and paramilitaries. This means that during the nine years in which the study was carried out, 489,687 women were victims of sexual violence. This is an average of 54,410 women per year, 149 per day, or 6 women per hour suffering sexual violence.” First Survey on the Prevalence of Sexual Violence Against Women in the Context of the Colombian Armed Conflict 2001-2009, Casa de la Mujer, 2011

The veracity of skirmishes between various sides has ranged over decades, and peace negotiations took place numerous times through the years. Yet, since the conflict began, an economic factor has been introduced that provides a new element to causes of violence. Colombia’s ideological war has evolved into one fuelled by drugs, with profits from the illegal narco-trade providing an incentive for all parties to stay engaged. While guerilla groups began aligning with coca plantation farmers against eradication policies, the drug trade proved profitable for all sides, including paramilitaries and armed groups that shifted goals towards profit.

With the increased prominence of drugs in Colombia’s conflict, its characteristics over the past two decades have also shifted. Guerilla groups have engaged in terror tactics, including hostage takings and kidnappings, often keeping high profile people in captivity for years. Colombia’s civilian population continue to be displaced en masse, by all sides—whether due to threats of political violence or being forced to give up land to the army, paramilitaries or guerrilla groups for various economic interests. Indigenous and Afro-Colombian communities have been disproportionately affected. As Colombia’s government promises to continue its struggle against FARC, the guerrilla group—despite setbacks—enjoys a relatively strong presence.

“In July 2005, 11-year-old Yolanda (not her real name) was returning home from school in a rural part of Saravena, Arauca Department, when she was stopped by a soldier. This soldier had been pestering Yolanda for some time to have sex with him. When she again refused, the soldier grabbed her and took her to where his army unit was camped, where he raped her and held her captive until morning.

The family reported the rape to the Office of the Attorney General, but a local prosecutor claimed that the mother made up the allegation in order to stop the daughter from having a relationship with the soldier. The army offered the family money if they withdrew the allegation. Meanwhile, the soldier began to intimidate the family. As soon as he heard the Office of the Attorney General was investigating the attack, he started making a series of threatening phone calls.

The family fled the home in fear. Despite requests by the family’s lawyers to move the case to Bogotá, it is still being investigated locally. Six years later, the case is still under investigation. The soldier is reportedly still in the army.” This is What We Demand. Justice! Impunity for Sexual Violence Against Women in Colombia’s Armed Conflict, Amnesty International, 2011

During the conflict in Colombia, the government has stayed silent on the reports of widespread and systematic gender violence throughout the country. Local organizations and activists, who have monitored the conflict, continually decry the institutionalized gender discrimination rooted within society that provides a culture for rape.

While silence often prevails, with survivors of rape facing both stigma and fear of reprisal attacks from their perpetrators, there is significant evidence of systematic violence against the women of Colombia. Gender violence is perpetrated by all participants in the conflict including guerilla groups, paramilitary forces, and the state security forces.

Women human rights defenders, civil society leaders, as well as their families, often become targets—threatened with rape for their activities. In cases where communities have been forcefully displaced, women often lead the struggle for their land rights—falling victim to rape or gender violence by the guerilla or paramilitaries that displaced the group.

Yet, Colombian security forces have been repeatedly accused of gender violence against civilians, with testimony from women and girls in areas where battalions have been stationed. A high rate of disappearances has also been noted, with bodies often showing signs of sexual assault when found.

“A 13 year old girl, daughter of ANMUCIC members and union leader Martha Olaya, was raped and murdered in the village of Monteloro, apparently by a member of the army. Security forces displayed her lifeless body dressed in military garb, in order to give the impression that she was a guerilla dressed in combat. The coroner who performed the autopsy was murdered a week later.

Colombia has taken few steps to prosecute those responsible for rape, with widespread evidence that the military has used its power to cover-up potential abuses and human rights violations. While certain figures within institutions have made attempts to break impunity on rape cases perpetrated by the military, they have been hindered by procedural obstacles or even been assassinated. While a Victims and Land Restitution Law enacted in 2011 plans to compensate victims of the conflict, the law falls short in specifically identifying rape survivors as those who will be eligible.