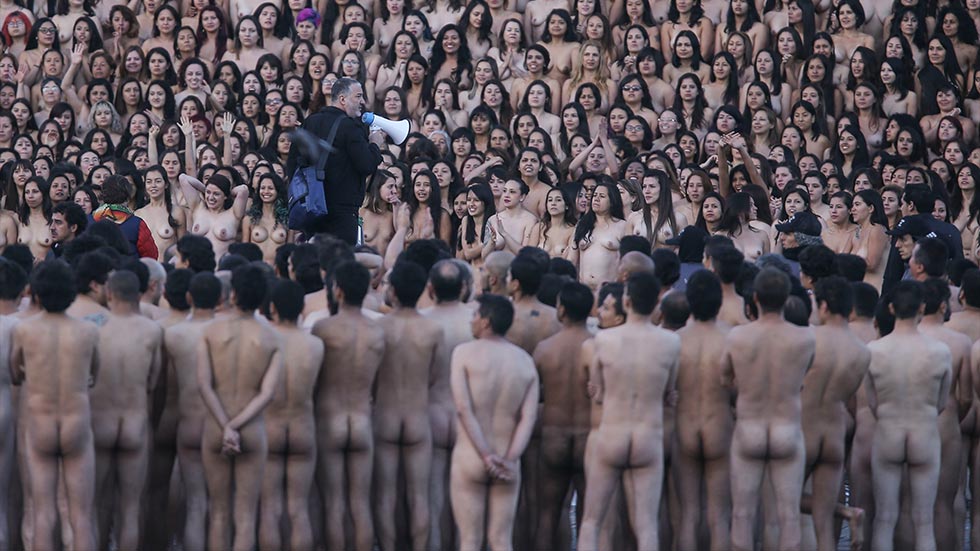 What seemed to be the umpteenth Spencer Tunick photo of a bunch of naked people proves a profound and emotional plea for peace and reconciliation in Colombia.

The American photographer has been documenting nudes since the early 1990s, so when he arrived in Colombia to photograph some 6,000 people in the capital Bogota, there seemed nothing more to it.

All media in Colombia reported on the mass photo shoot, but none seemed to know the purpose of Tunick’s second Bogota art installation in five years.

However, after the Bogota Museum of Modern Art and liquor brand Johnny Walker presented the video of the shoot and revealed the purpose of it, it proved to be arguably the best promotion of peace for the country that’s been torn by war for more than 52 years.

A number of participants in the photo shoot were participants and victims of the conflict between the state and the FARC, the video showed.

A Colombian policeman who had lost his sight in a FARC attack joined the former guerrilla who had perpetrated the attack in an emotional embrace, displaying emotionally what reconciliation looks like.

Other participants were former members of paramilitary organization AUC and a victim of the state-orchestrated disappearance of civilians during the Palace of Justice siege in 1985.

The government, currently trying to finalize a peace deal with the FARC, has been promoting peace and reconciliation and has already published propaganda to support this cause.

However, Tunick raised the bar, showing how peace and reconciliation can affect the lives of both victims and victimizers in Colombia’s dreaded war.