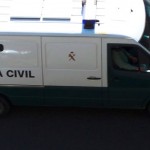 Authorities in Spain said on Monday that they have charged 88 Colombians for their alleged membership of a major drug trafficking organization that purchased cocaine from South America in order to sell the drugs in Europe.

In an operation, Spanish police arrested 43 and charged another 124 fugitive drug trafficking suspects who are suspected of being part of the ring.

Among the suspects are the 88 Colombians, 36 Spaniards, 20 Ecuadoreans and 9 Dominicans. Other suspects are from Argentina, Peru, Mexico, Venezuela, Bolivia and Brazil.

According to Spain’s Civil Guard, the drug trafficking ring used “mules” to transport drugs to the Spanish capital of Madrid.

The drugs were then sold to other criminals and ended up in other European countries.

The money gained from the trade was then sent to Colombia using money wire services, said the police.