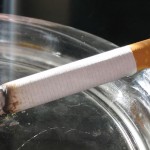 72 Colombians die every day from the effects of smoking, according to the study, which was conducted by 40 international scientists from Argentina, Bolivia, Brazil, Chile, Mexico, Peru and Colombia.

The study found that 15.9% of the annual death toll in Colombia is caused by nicotine addiction, with more than 26,000 Colombians losing their lives each year because of the effects of smoking.

Annually, 10,606 cancer diagnoses can also be attributed to smoking, as well as 122,891 heart attacks and hospitalizations because of cardiac diseases.

The study relied upon “a mathematical model to estimate the probabilities of people becoming ill or dying for each of the conditions associated with tabaco consumption,” and calculated that Colombia’s health system spends $860 million a year on smoking-related heart diseases, $420 million for COPD (Chronic Obstructive Pulmonary Disease), $256 million for passive smoking, $172 million for lung cancer, and $251 million for other forms of cancers.

“Nicotine addiction is the leading, preventable cause of death and illness in the world today. Every year more than 5 million people die because of smoking, and we expect this number to increase until 10 million in the year 2025,” concludes the study.

“We estimate that tabaco consumption is responsible for one million deaths in the Americas every year.”