Slang and the slums: how Colombia’s drug trade gave rise to a whole new vocabulary 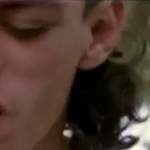 Set foot in Colombia and it won’t be long before words such as “parce,” “chichipato” and “bacano” start to throw your schoolbook Spanish off-balance. To natives, these words are simply part of everyday language. Nevertheless, their origins aren’t quite as innocent as those unfamiliar with the story behind the slang might assume.

In the words of the woman who has spent much of her academic career discovering, defining and ultimately giving a name to the phenomenon, parlache is “a social dialect of a slang-like character, mainly used by society’s more miserable, marginalized sectors, with ties in illegal drug trafficking and violence.”

Dating back to 1980s Medellin, parlache is a form of slang that “was born in the streets,” sparked by the social crisis devastating the lower classes of the Antioquian capital. Within its poverty-stricken urban sprawl, the explosion of crime and, more specifically, the rapidly developing narcotics underworld, gave rise to a dialect that has now become a central component of Colombian oral – and written – culture.

Colombia Reports spoke with award-winning Universidad de Antioquia professor and researcher Luz Castañeda, who, along with her husband, led the first formal investigation to study and define parlache in 1993. With her insight, we find out exactly why and how Colombia’s illegal drug-trafficking industry played such a key role in this particular dialect’s origin and evolution.

When migrants from rural areas and surrounding countries began arriving in Medellin three decades ago, they were greeted by poor work opportunities, a failing education system and social unrest.

While the world’s most prominent drug lords were beginning to sow their seeds, the disadvantaged youth of Medellin’s lower classes began to turn to crime and one of the city’s biggest industries to date: narcotics.

“They would go and work in what’s called the ‘cocinas’ (‘kitchens’),” Castañeda explains. “A ‘kitchen’ is a laboratory in which hallucinogens are produced.”

“Cocina” is just one of the many words that has been re-semanticized – given a new meaning — by people working in the illegal drug industry, words that, in this case, were used for the special purpose of secrecy and concealment.

“Rather than the drug barons, those who are most involved in parlache are the youths who work with [drugs],” the professor specifies. “Because they were the ones who needed to safeguard and cover up information.”

The result was the rise of a cryptic dialect, a re-writing of the Spanish language “for them and them alone.”

With that in mind, parlache is forced to constantly change as it is picked up by other elements of society.

“As soon as these criminal groups realize that the lexicon (vocabulary) is already common knowledge … they begin to change [it]. For this reason it’s a language that’s under constant transformation,” says Castañeda.

Crime-related slang, of course, and the involvement of youth in drug trafficking is by no means a uniquely Medellin phenomenon. It should be asked why, however, the city has over the years been one of the major breeding grounds for both a language and an illegal industry that are in constant, rapid growth, and which have reached all corners of the country in relatively little time.

“Medellin is a city that grew in a poorly planned manner,” Castañeda says. “There were waves of farmers coming to the city, and very big families with lots of children. They say that in Medellin the youth of the working-class are of a far greater number than those of the middle and high-classes.”

“As in Medellin, the rise of the drug trade was so strong, and the socio-economic conditions were in such a state of decay, it was a favorable moment for many young adults to get involved in drug trafficking,” Castañeda says.

The intensity of this period of social crisis meant that the development of parlache actually “surpassed the normal limitations” of the process of language formation.

“Language expresses the social reality people live in. Here, we can see a moment in which social conditions served as a destructive boiling pot in speeding up this language.”

A closer look : uses and forms

The dialect has since given birth to terms that have become so popular that they are now not only common usage amongst Colombians, popular culture and the media, but have been recognized internationally. As well as a number of words and phrases entered the Spanish Real Academia Espanola (RAE) dictionary as “Colombianisms,” these have also begun making regular appearances in the country’s major media platforms.

The terms belonging to parlache that more easily spring to mind may, perhaps, be the many derivatives composed from the stem “narco-” that can be found daily in newspapers the world over in headlines such as “Colombia exige renuncia de su agregado militar en Brasil por ‘narcoboda’” (Bucaramanga, 2010).

At the same time, words that were created for the sole purpose of facilitating criminal activity are now common usage. Parlache is more omnipresent than many people might expect.

To translate the “Oficina de Envigado,” the name given to one of Medellin’s most powerful criminal organizations, into most other languages would simply not make much sense. The reason being that term “oficina” has only in recent years been recognized as a parlache code word for “a criminal organization in which the orders are passed on from one person to the next … so it’s unknown who is directly responsible,” according to Castañeda’s definition.

Similarly, the standard terms “trabajar” or “[hacer] negocios” were reinvented years ago to mean “to carry out illegal activities,” while the more seldom used term “coronar” is be used to refer to”a successful business deal or a drug shipment to another country.”

“The forms [of creating words] are varied,” Castañeda tells us. “Some exist in the actual language, with another meaning … some are foreign words that have been Hispanicized.”

As often occurs with the formation of slang, alien words are borrowed, modified or hybridized. The same happens when parlache assumes an illicit nature.

“When they [criminals] get together and the police arrives or they’re in danger, they say “abrirse del parche,” in other words “abremonos de aqui” (‘lets open up from here’)”

To the uninitiated, “opening up” is best translated as “getting the hell out of here.”

As useful as parlache’s enigmatic nature might be to the lawless, Castañeda’s studies have been used to the benefit of their arch nemeses in the public security forces.

The linguistics specialist tells us of a time when the Spanish police specifically asked her to deliver the book she had written on parlache, as they needed the information to help capture Colombian drug gangs operating illegally in Spain.

“When they intercepted their phone calls they didn’t understand what was being said,” Castañeda remembers. “Even at those levels, our work was of help.”

Despite its many “practical” aspects, the dodgy origins of the street language can often become more of a curse for those who have grown up with it, a lingering stain that many youths struggle to shed in later life.

“At a given moment, [parlache] can be harmful to them.”

Castañeda explains that most of those wishing to work their way up the society or work ladder “do everything possible to conceal their social background” by ridding parlache from their speech as best they can, knowing that the dialect is typically – though perhaps wrongly — associated with delinquency and the lower strata of society.

Because, in this day and age, it would be wrong to cram all parlache words, phrases and idioms under a big “working-class” umbrella.

“From being an oral language, exclusive to these areas, it began to diffuse in the whole city,” Castañeda says. “Many of the words in parlache are already public domain, it could even be said that they have become part of colloquial language.”

Starting with the simple yet far-reaching vector of social interaction, as well as the pressure that the massive population of the urban sprawl placed on the city’s higher classes, parlache began to enter the city’s universities and young population.

The language’s “creative and playful” nature not only lent itself well to Medellin’s youth, but it soon seeped into popular culture such as literature and music – including frequent use by reggaeton artists and, as the academic eagerly points out, international pop-star Juanes.

Today, media, TV, film, modern-day communication and popular literature have allowed parlache’s scope to stretch far beyond Colombia’s borders. Books featuring the slang, to name a few, are Jorge France’s Rosario Tijeras and Fernando Vallejo’s Our Lady of the Assassins. Featuring drugs and crime as key themes, the parlache-heavy novels have been translated into foreign languages and diffused globally.

As much as the use of this constantly-evolving language is spreading itself thin, its roots and reason for its existence remain strong, because parlache was not born solely out criminal activity, but as a source of unity for those living in the margins.

“To others … the most important thing is its playfulness, its game, its innovation, its creation, and social solidarity,” Castañeda concludes. “This complicity that this language creates within them, this language that they consider to be their own.