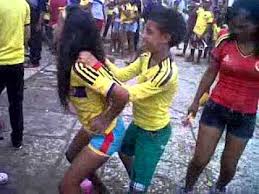 “Champeta”, originally made reference to a short knife or blade, used in the region for work in both the kitchen and in the fields. The musical began in Cartagena’s poorer municipalities, hit hard by poverty and mistreatment. Champeta music, and its accompanying dances, are now incredibly popular across Colombia and beyond.

The initiative was passed by a majority of 16 votes under the title: “Agreement establishing the prevention of acts of early eroticism, or any act that affects the overall proper development in sexual and reproductive rights of children in the District of Cartagena.”

“We are the first council in the country to vote in favor of protecting the rights and freedom of sexual development of children,” said Councilman Antonio Salim Guerra, legislator of the project, who put the issue on the table since last July.

Speaking to Caracol Radio, Councilman Guerra said that “what the project looks to offer boys and girls of Cartagena is to grow and develop in a healthy environment.”

Family Commissions are to be responsible for enforcing the law that protects children.

Councilman Guerra said that “an adult who is blatantly promoting these dances will be given a summons by police and made to receive training. The person will also be registered with a history, and if a repeat is made they will have to carry out compulsory social service.”

The new law hasn´t come without its critiques.

“What any city authority should be concerned about is improving Children´s education, especially those belonging to areas where hunger and extreme poverty is present. The problem is education,” Tower said.

Other´s claim that champeta is not just dance music, but that it has also been a tool to tell the life stories of the poorest people in Cartagena.

Elio Boom is one of Cartagena´s most famous champeta singers. An example of some of his lyrics (translated by the author) are:

“This is the story of a boy called Carlitos, his mum would talk to him at the same time she would beat him, poor little boy, his mum had him intimidated… very scared she had him, she treated him very badly, it didn’t seem like he was her child.”