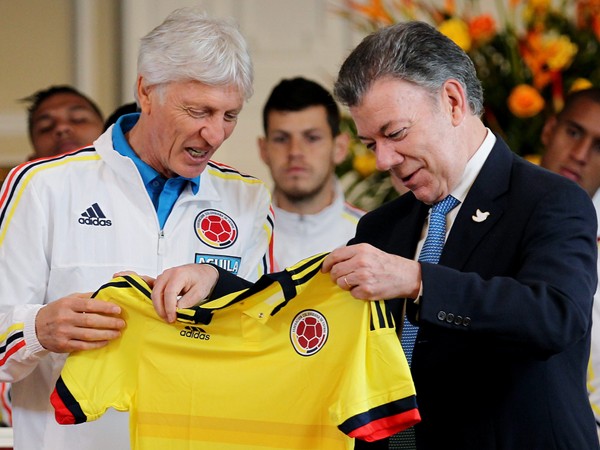 TODAY COLOMBIA – Colombia’s President Juan Manuel Santos published a photo on his Twitter account of himself in the South American country’s national soccer shirt which reads across the back: “I play for peace” ahead of Thursday’s match against Peru.

On September 23, representatives from Colombia’s government and the Revolutionary Armed Forces of Colombia – People’s Army (FARC) signed a peace agreement which brought an end to 50 years of armed conflict.

With reference to Thursday’s match against Peru, Santos went as far as to tell Twitter that he bet his national team would win 2-0 in the World Cup Russia 2018 South America Qualifier opening match.

In fact, Santos’ prediction came true as his national side defeated Peru 2-0.

The match kicked off in the Metropolitano Stadium in the Colombian city of Baranquilla at 15:30 local time (20:30 GMT) and it was estimated that around 47,000 spectators would fill the stadium.

After the match, a lively party broke out across the city as the mayor’s office declared the whole afternoon a local holiday so that citizens could enjoy the match and then the celebration that has followed to the maximum.

It is estimated that over 30,000 tourists arrived in the Caribbean city this week ahead of the match which will give the city an income of around 4.4 million U.S. dollars, according to the Chamber of Commerce.