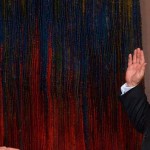 At the inauguration ceremony, Santos urged ambassador Luis Carlos Villegas, the former chief of Colombia’s industrial association, to “maintain the rhythm of new investment” from the United States.

Investment from the US dropped steeply in 2010 when Santos took office and took another minor hit last year when US FDI figures dropped compared to 2011. US-based companies invested a total of $505 million in Colombia in 2012, less than a quarter of investments made in 2009.

The president told Villegas that maintaining the rhythm does not mean “just opening the Colombian markets to American products but the investment from there to here, because this is what creates most jobs.”

According to Santos, the relationship with the US — a long-time ally of the South American country — is enjoying “exceptional moments,” claiming that ties between the two countries have expanded past joint counter-narcotics operations, and now include education and technology.

Villegas was one of the main promoters of a free trade agreement with Washington signed in 2011. The trade deal became the center of controversy earlier this year after official figures showed that subsequent to the pact, Colombia’s exports to the US had dropped and export sectors like manufacturing and agriculture were pushed down.

The new ambassador until recently was also part of the Colombian government negotiating team in Cuba, where the Santos administration is holding peace talks with the country’s largest rebel group, the FARC.