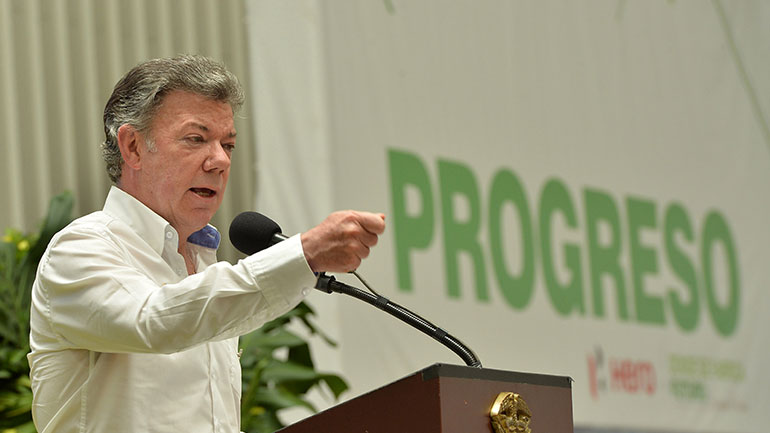 Colombia’s President Juan Manuel Santos met with the Inter-American Development Bank (IDB) to seek funding for post-conflict projects in one of the most impoverished regions of the South American country.

IDB is a source of funding for economic development in Latin America and the Caribbean. Since 2012, the IDB has invested $2.4 billion in a total of 23 loans.

Santos met with the 14 members of the organization’s board of directors to discuss progress on projects currently financed by the bank, and to update them on the status of the peace process with the guerrilla groups FARC and ELN.

The IDB is an important source of funding for Colombia. Among the bank’s borrowing member countries, Colombia has the second highest number of loans.

Santos is looking to secure another loan, to help finance Todos Somos PaZcifico, “We are all Peaceific,” a plan which would invest $1.7 billion in the Pacific region of Colombia, an impoverished area historically neglected by the Colombian state and deeply affected by the country’s 50 year internal armed conflict.

The Colombian government has asked the IDB and World Bank for a loan of $210 million, according to the office of the President. The IDB said that the loan is being prepared, though not yet ready.

The post Santos meets with IDB to discuss post-conflict Colombia appeared first on .