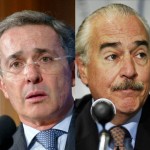 The president announced to extend the invitation to his predecessors on his website.

According to the weekly Semana, the proposal by the president is supposed bring the former politicians together to talk to each other, after they have been involved in a couple of quarrels that turned ugly over the past few weeks.

Santos expressed his concern about the friction between the former heads of state Alvaro Uribe, Andres Pastrana, Ernesto Samper and Cesar Gaviria, who have been accusing each other mutually of being involved in a number of rows over past corruption scandals.

The president thought a mutual trip to pay respect to the memorial of popular former civil rights activist Mandela, who passed away on Thursday, would be a good opportunity to sort out differences, reported Semana.

Several of the former politicians are involved in a quarrel about Colombia’s former President Ernesto Samper allegedly receiving financial contributions by drug traffickers from the Cali Cartel for his successful 1994 presidential campaign.

Former President Andres Pastrana recently returned to stir up controversy over the drug traffickers’ campaign contribution to Samper’s 1994 campaign when he released his book “Forgotten Memories.” He also claimed earlier this year that Santos and his predecessor Gaviria had been aware that Ernesto Samper bought his presidency with “drug money.”

Gaviria responded stating that Pastrana “is completely crazy and has turned into a manic liar,” after he was mentioned in Pastrana’s book as the “missing link” of the Samper scandal.

To make the trip even more interesting, Santos invited Uribe who has turned against his former defense minister, fiercely opposing Santos’ decision to engage in peace talks with the country’s oldest rebel group FARC.

Both politicians have been quoted using strong language, calling each other “liar”, “hypocrite”, “penny-pincher” and “traitor.”