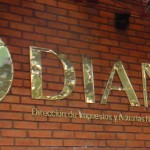 Nineteen people accused of stealing $17.1 million from the state have been captured and will face charges, according to Colombia’s president.

According to President Santos, the thefts were discovered during the ”Mercury 2″ anti-corruption operation led by police and members of the Prosecutor General’s Office.

He added that some of the accused were officials in Colombia’s national tax and Customs Directorate (DIAN).

In 2011, a similar case — which still has yet to be resolved — brought 13 DIAN officials to court for multimillion dollar tax fraud.