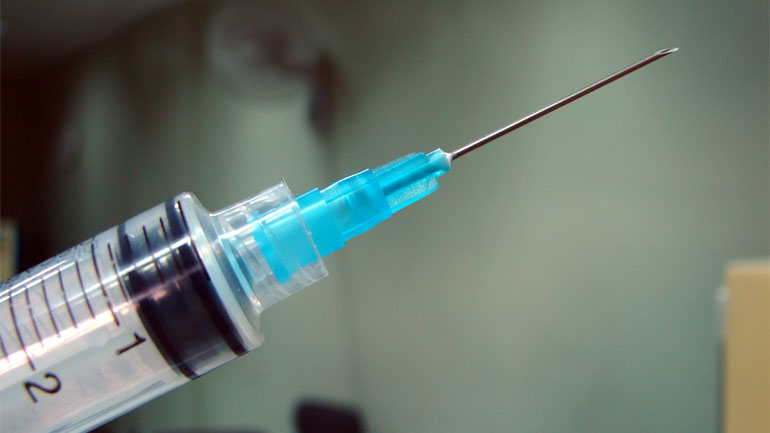 Dr. Gustavo Quintana walks out of a modest, two-floor apartment building in southern Bogota. Inside his black doctor’s bag are vials containing anesthesia and muscle relaxants, a syringe and a rubber tourniquet. The man known in Colombia as Dr. Death has just ended the life of his 234th patient: a middle-aged woman suffering from incurable stomach cancer.

For years, Quintana and a handful of other physicians have been performing what they consider mercy killings in a semi-clandestine state, at risk of prosecution and amid widespread rejection from other doctors and church officials.

But their work took a step out of the shadows on Friday when, after weeks of heated public debate and last-minute legal challenges, 79-year-old Ovidio Gonzalez became the first Colombian to die as a result of government-sanctioned euthanasia.

Gonzalez, 79, died at a hospital in the western city of Pereira after suffering from terminal mouth cancer the past five years. His death is the first in accordance with an April decree by the Health Ministry mandating that clinics perform the procedure when requested by terminally ill patients.

A Constitutional Court ruling 17 years ago made Colombia the first and still only country in Latin America, and one of just a handful worldwide, to allow euthanasia. The ruling was based on justices’ interpretation of a constitutional clause guaranteeing Colombians the right to live — and presumably die — with dignity.

But Congress never passed laws regulating the procedure, as the high court had ordered, leaving the issue in a state of legal limbo. In April the Health Ministry finally intervened, providing the regulatory guidelines for insurers and hospitals.

Religious groups and many doctors were outraged by the new rules, which require all hospitals to form medical committees to evaluate a patient’s request for euthanasia. Local Roman Catholic leaders threatened to close the dozens of hospitals the church runs in Colombia if required to carry out what it considers murder, and Colombia’s conservative Inspector General tried to block application of the new rules.

Controversy was further ignited by Gonzalez’s decision to take his plight public and make himself a test case for the law. He was assisted by his son, Julio Cesar Gonzalez, a cartoonist for top-selling newspaper El Tiempo better known by his pen name “Matador,” or “Killer.” On Friday, Gonzalez bade farewell to his father in a cartoon showing the grim reaper, scythe in hand, asking his father why his bags are packed.

“I’m dying to travel,” answers his father, suitcases in hand.

Dr. Gabriela Sarmiento, a hospice specialist with health care provider Colsanitas, said there likely won’t be a flood of patients taking advantage of the new liberties. In the nearly three months since the government’s decree, the two hospitals she works at have received just five such requests, two of which were withdrawn.

Sarmiento said when given the option of living with pain or dying immediately, “most people opt for the path of palliative care.”

Members of Colombia’s right-to-die movement are nonetheless celebrating, saying the new decree provides clarity to a practice that had been going on for years in secret. Colombia is among only a handful of countries including Belgium, the Netherlands and Switzerland that have either legalized or decriminalized assisted suicide for the terminally ill. Four U.S. states — Oregon, Washington, Montana and Vermont — also have laws on the books.

“The ambiguity of the law provoked a lot of fear among doctors,” said Carmenza Ochoa, president of Colombia’s Right to Die with Dignity foundation.

Quintana says barely a week goes by without him receiving a phone call from a patient or family member looking to end their agony. He claims to have helped more sick people die than the late Jack Kevorkian, the Detroit doctor who went to jail for murder while claiming to have helped some 130 people end their lives. However Quintana has never even been prosecuted.

Most of the procedures he performs are in people’s home, with the patient surrounded by loved ones.

During the nine minutes the procedure typically lasts he whispers the same soothing mantra while injecting a mixture of lethal drugs: “Rest, you’re going to sleep for the last time, a restorative sleep.”

Among those Quintana has helped end their lives is Diego Castro, a well-loved bar owner in the prime of his life when doctors discovered he had a brain tumor in 2009. Three surgeries were unable to eliminate the cancer and he became partially paralyzed and suffered so much pain that he tried to commit suicide jumping from a building.

Juanita Castro says her brother struggled to convince loved ones to accept his desire to die and that on two occasions he backed down at their insistence. Three years after her brother’s death Castro said she has no regrets.

“When we deny our loved ones the right to apply euthanasia we’re really thinking more in ourselves than in the person we love,” she said Castro. “It’s a selfish decision because we don’t want to see them to go.”