An estimated 70,000 people fall victim to human trafficking in Colombia every year, according to a new report that explores the country’s internal and international human trafficking problem, and the regions where its effects are most profound.

According to the report “Trafficking and exploitation in Colombia: can’t see it, can’t talk about it,” published by the non-governmental organization Women’s Link Worldwide, the total figure of human trafficking victims was reached by studying previous reports, consulting groups in Colombia working in the field, and through field work in two key regions in the west of the country: Valle de Cauca and the coffee region. 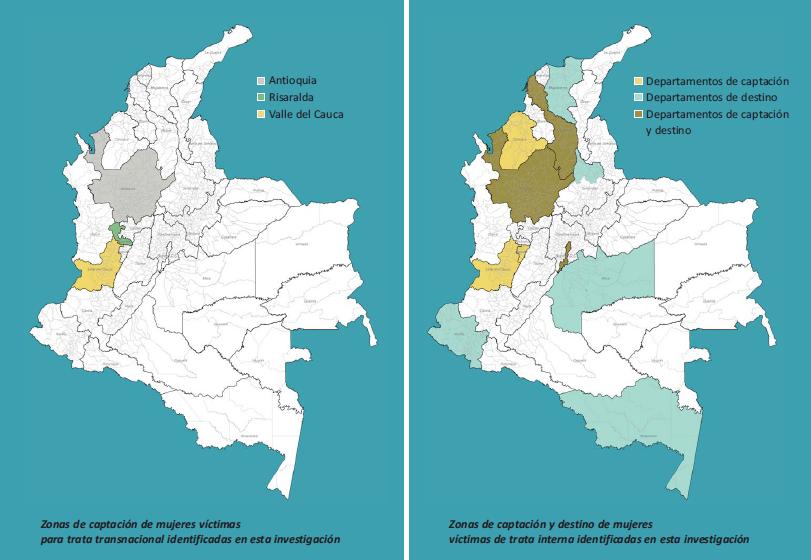 The study identified Valle de Cauca, Risaralda (part of the coffee region) and Antioquia as three key states from which victims originate, as well as the regions to which internal trafficking victims most commonly end (see map below).

The report highlights the most common types of violations, including sexual exploitation, forced employment and slavery (often referred to as “modern-day slavery”), as well as exploring why people from certain regions are more likely to become victims, concluding that populations are vulnerable when exposed to economic hardship, armed conflict and displacement.

In the case of the coffee region, the report highlights how tumbling coffee prices in the 1990s — combined with displacement and status as a key drug trafficking corridor and conflict — created fertile conditions for human trafficking.

Colombia has a longstanding problem with human trafficking and the United Nations reported earlier this year that practice is growing. Colombia is traditionally a common point of origin for women trafficked for prostitution in overseas markets, particularly Asia, Europe and the Middle East. However, there are signs that dynamic is changing.

While Colombia has strong laws to tackle human trafficking, a forum earlier this year led by the United Nations Office on Drugs and Crime criticized the lack of political will or economic support to enforce them — a problem felt throughout the region. What’s more, the law is unable to reach the many victims transported outside of the country.