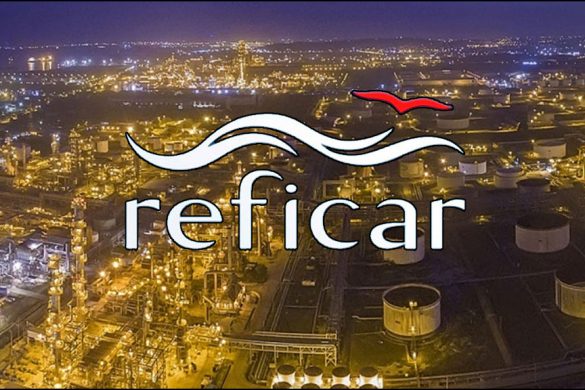 Colombia’s senate needed ten hours on Tuesday to debate about the political responsibility of the staggering overspending on the modernization of Reficar.

Reficar, also known as the Refinery of Cartagena, is one of the biggest oil refineries in South America.

Oil makes up roughly 50% of Colombian exports and the value of the peso is closely linked to the international oil market.

Since 2007, Reficar has been undergoing a huge modernization project to double its output.

How much they have overspent?

That is the equivalent of 1.5 times the cost of the widening of the Panama canal and is more than the estimated cost of building Bogota’s entire metro system.

“This could be the biggest corruption scandal in the history of the country.”

In total 2,460 subcontracts were made, 18% of which ended up costing more than double what was expected.

The explanations for these increases include greater numbers of work hours, lower productivity, increasing prices, and delays.

Colombia’s Comptroller General, Edgardo Maya, said that they paid for an “exorbitant quantity of excess materials… [that are] incomplete, destroyed, damaged, or different to what was required.”

Daira Galvis, a senator from Cartagena, said that the project was “an administrative mess,” but “to keep many directors from Reficar, and some from Ecopetrol, satisfied.” a staggering $16 million may have been spent on sex workers alone, according to the lawmaker.

And all this money came from the pockets of Colombia’s tax payer.

How the scandal unfolded

In 2004, the administration of former President Alvaro Uribe declared the modernization of Reficar of strategic importance to the country.

It was agreed that Ecopetrol should have as much private sector involvement in the project as possible, so that private investors could assume the risk.

In 2006 the Swiss multinational Glencore became the majority owner of the refinery with a 51% stake, creating Reficar S.A.

Glencore, curiously, had no prior experience in managing oil refineries.

In 2007, Reficar contracted the North American firm CB&I under a turnkey contract where they would be responsible for all phases of the project. They too had little experience in the sector.

In 2009, Glencore decided to get out and sold its 51% stake back to Ecopetrol. They sold it for less than they paid in 2006, but this was during the financial crisis.

Echeverry has said that Ecopetrol then had to honor the contract with CB&I or pay a fine of millions.

In 2010 the board of Reficar renegotiated the mode of contract with CB&I, making it a so-called Cost Reimbursable Contract.

With such a contract the contractor is reimbursed the costs they incur carrying out the work. The price is not defined at the outset, but at the end of the project. This is obviously a very risky contract for a client, and the potential for corruption within these types of contracts is high.

Later that year CB&I were granted a Contract of Judicial Stability, meaning that the laws governing their agreement would remain as those they signed it under, regardless of any future changes to the law. So there was to be no going back on the contract.

In 2015, the Office of the Comptroller General of Colombia announced the audit of the modernization project which revealed its huge overspending.

There are two types of responsibility here: political and economical.

The private sector behaved irresponsibly, but then that is what they do. The question is which officials were politically responsible for giving them so much power over public funds?

Given that neither Glencore nor CB&I had any real experience in refineries, Claudia Lopez from the Green Alliance demanded to know why the board at Ecopetrol decided to make deals with them.

No substantive answers were forthcoming.

Jorge Robledo, senator for the Democratic Pole, said rather diplomatically that he would “assign 50% of the blame to the government of Alvaro Uribe and the other 50% to that of Juan Manuel Santos.”

“The ministers and members of the boards of Reficar and Ecopetrol knew what CB&I were doing and did not denounce it,” he added.

Economically, the tangle of contracts means that responsibility is hard to place.

It has been reported that Reficar officials knew of financial discrepancies as early as 2011.

However, only in 2015 did they collect some evidence and intervene with a demand for reparations from CB&I for $2 billion.

Whether they will get any compensation is unclear, but this lawsuit does serve the purpose of making those at Reficar look less guilty and more like victims. Perhaps that is all it is meant to do.

Can those implicated justify themselves?

The ex-president of Ecopetrol added that all the investments were perfectly verifiable, but that only disproves the contractors were not both corrupt and stupid at the same time.

As the comptroller general observed, payments have been made for excessive and inappropriate supplies.

Democratic Center senator Ivan Duque conveniently believes that the “carnival of contracts” began after 2010 when Uribe’s government had already finished. Uribe is the leader of his party.

Duque also largely defended Uribe’s decision to modernize Reficar, saying it was a strategic investment for the country, improving its economic prospects both domestically and internationally.

Reyes Reinoso, president of Reficar, also made this argument. He said that “Reficar is part of the project Colombia Pride, that has generated 36,000 jobs and reduced unemployment by 4%.”

He also highlighted social investments allegedly made in nearby communities.

Many of their responses focused on what a good investment Reficar was for Colombia. Be that as it may, none of this explains why the project has cost twice as much as initially forecast.

On paper, the modernization of Reficar looked like a sound idea at the time.

Colombia’s oil consumption is lower than its production. However, Colombia’s lack the capacity to refine its own oil, meaning the country exports crude oil and then needs to import refined gasoline or other consumer fuel products.

What might have looked like a good investment in 2006 no longer does because of a global drop in oil prices that has reduced Reficar’s potential profit margin on refining, which was meant to return the investment.

Add to this the huge overspending, with all the hallmarks of corruption, and Reficar’s modernization is starting to look like the heist of the century — at the expense of Colombia’s taxpayers.