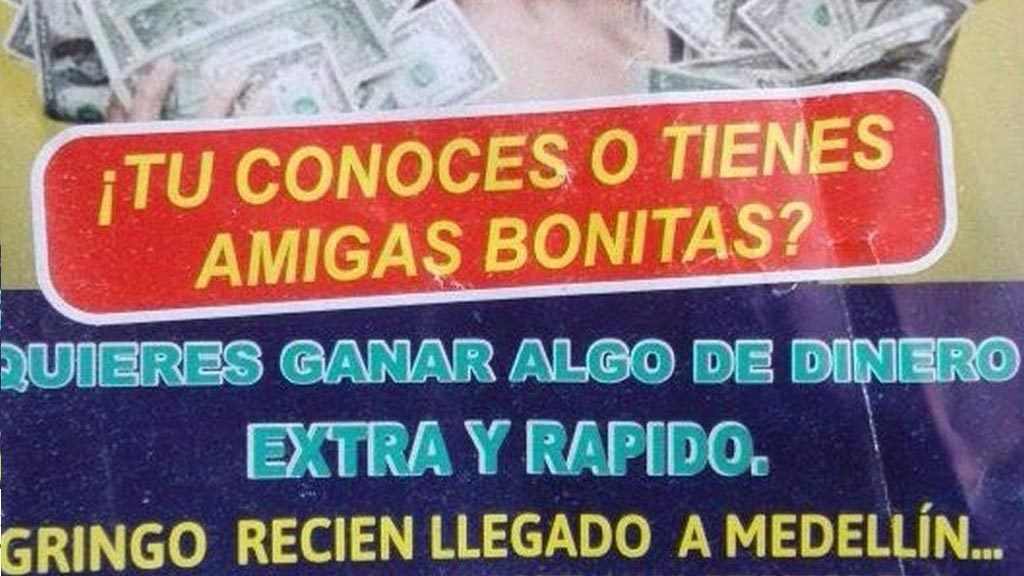 Numerous students at the University of the Pontificia Bolivariana de Medellín (UPB) have complained about men entering the institution and distributing flyers.

The flyers were looking for women between 18 to 26 years old who were physically attractive, with slender athletic bodies.

They promise “quick extra money” if the women help “a gringo” who has “recently arrived in Medellin” to find “pretty girls” for sex or friendship.

UPB released a statement saying that the university does not have any information about how these people got into the institution and they are trying to identify those responsible.

“The university has more than 220 security cameras and a monitoring office that is open 24 hours a day, seven days a week,” they announced. They will have to pick through more than 20,000 people going in and out of the campus daily if they are to find their suspects.

Other universities, including EAFIT, the Polytechnic Jaime Isaza Cadavid and even high school Inem Jose Felix de Restrepo have reported similar incidents, indicating there may be a prostitution ring targeting Medellin’s universities.

Mayor Federico Gutierrez announced that the authorities are investigating the apparent recruitment on campuses.

“This is very serious. Seducing young people with the delivery of flyers to draw them into a network of prostitution. The trafficking of people is a very sensitive topic. We must disarm this network.”