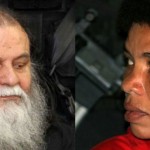 Former FARC commander Heli Mejia, better known as “Martin Sombra,” is accused of various crimes against humanity including the murder of protected people, forced disappearances, recruitment of minors and kidnapping according to the General Prosecutor.

Sombra was the commander allegedly responsible for the captivity of hundreds of hostages including French-Colombian politician Ingrid Betancourt and three US defense contractors, for which he already is serving a 19-year prison sentence.

The rebel leader’s case will start on December 3 and will be the first of a former FARC commander of his level to be tried under the Justice and Peace Law which offers the chance of receiving not more than eight years in prison in exchange for cooperating with authorities and demobilizing.

“At this point we are depending on the Justice and Peace court in Bogota for the country’s first known conviction against a former commander of the FARC within this law, now that General Prosecutor’s office did what it had to do,” mentioned a court’s official to El Tiempo.

Another guerrilla commander who is set to face trial is “Karina,” the former commander of the FARC’s 47th Front. Her alleged crimes left more than 2,500 victims, prosecutors have claimed.

The FARC and the Colombian government are currently negotiating peace in Cuba. One of the issues on the year-old agenda that has not yet been agreed to is the application of justice and a possible amnesty for the guerrillas in the event of an accord.