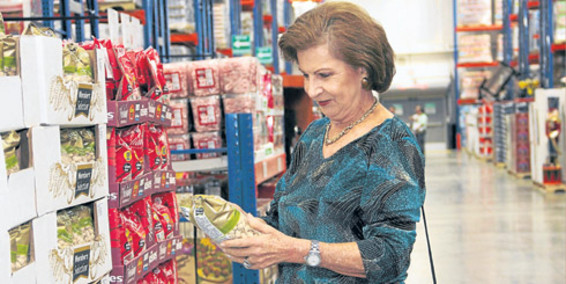 With an investment of some US$20 million dollars and direct employment for 200, the Pricesmart membership store opened is doors on the south side of Cali. The second store, located to the north is under construction.

José Luis Laparte, president of Pricesmart in Colombia, says the store is not a great looking store, that the focus is in low prices and keeping costs low.

“Saving on operation we can pass it on to our members, without sacrificing quality”, La Parte told EL Tiempo.

A typical retail store in Colombia will handle between 70.000 and 100.000 products, while Pricesmart only 2.400 of the top brands, with production rotation, high volume and less supplies are key factors to a more effective operation.

The Cali store is the second Pricesmart in Colombia, the first opened last year in Barranquilla, on the Atlantic coast. Laparte said the choice for Barranquilla was after market studies showed Costeños (northen Colombians) travelled to Miami for shopping. Caleños (resident of Cali) on the other hand make frequent trips to Panama for the same.

According to Pricesmart, Bogota is not in the plans for now due to the difficulty in locating and purchasing land and time to obtain building permits, meanwhile in Cali, in less than three months the company was able to obtain all the necessary permits.

José Luis Marín, vice-president of marketing says, “the membership fee is recovered during the year with the savings, for our low prices”.

Pricesmart has now 30 stores in the Caribbean and Central America in addition to Colombia.

The second Cali store, located in Menga, north of Chipichape, will be open in the early part of 2013.