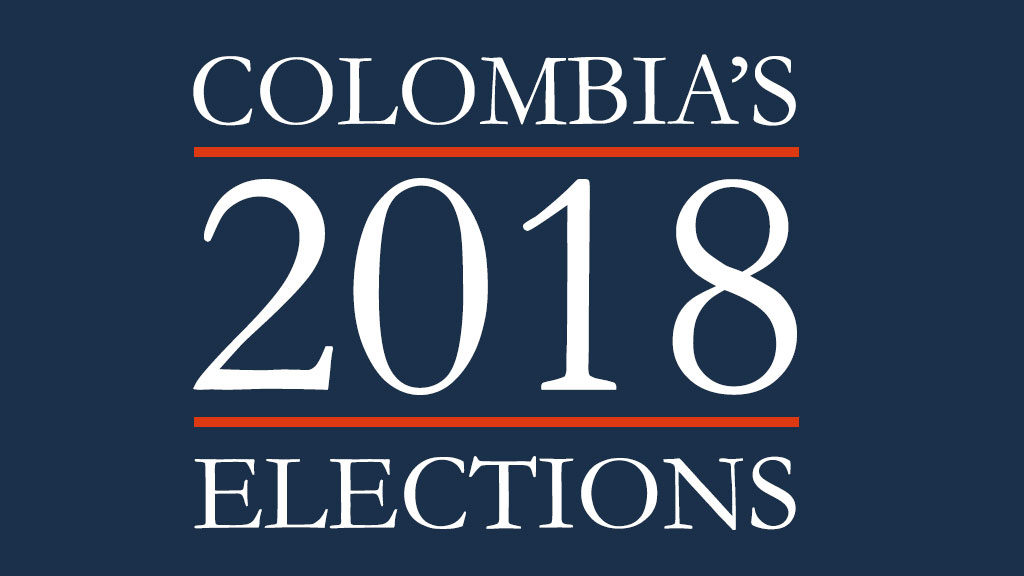 While in the middle of peace negotiations to end half a century of war, Colombia President Juan Manuel Santos’ coalition is falling apart as each party is starting to position itself for the 2018 elections.

On Tuesday, the Liberal party officially broke with Santos’ coalition. There were three broad reasons for this.

Firstly, they were left in the dark about the recent cabinet reshuffle, in which they lost one cabinet member overall.

And thirdly, resentment has been building about Vice President German Vargas, an experienced and shrewd dynasty politician likely to oppose the liberals come elections in 2018.

Vargas has dissociated himself from ongoing, but hardly popular peace talks with leftist rebel groups FARC and ELN while increasing his public profile, cutting ribbons at the inauguration of public works.

The Liberal Party sees this as Vargas’ attempt to get ahead for the 2018 elections, which he is widely expected to take part in.

By breaking with the coalition, the Liberal party have freed themselves up for taking for their own path to the 2018 elections.

Although Vargas has a head-start, the result of the 2018 elections is by no means a foregone conclusion.

Here is a breakdown of how 2018 looks for each party.

Santos’ name has become toxic over the last months, with his approval ratings among the public plummeting as low as 14%.

The Liberal Party were vocally loyal members of his ruling coalition. In fact they were probably too loyal for their own good, and their name may be tainted by association with Santos.

However, even though they have left the coalition they still have the most cabinet members of any party. With this power, and no longer anchored to the coalition, there may be time to turn things around before 2018.

The Liberals have their national congress in a fortnight’s time. There, they will discuss and clarify their stance towards the government, as well as their potential candidates for 2018.

Among those in contention for their candidature are Simon Gaviria, son of ex-president Cesar Gaviria, Interior Minister Juan Fernando Cristo, and the chief negotiator of the peace talks with FARC rebels, Humberto de la Calle.

Radical Change broke off from the Liberal party when connections between former Liberal president Ernesto Samper and funds from the drug-trafficking Cali Cartel came to light in the 1990s.

Vargas is the party leader and current vice-president of Colombia. As it stands, he is the only seemingly definite candidate for 2018, although he is yet to formally announce his candidacy.

He has been conspicuously silent about controversial topics such as the peace talks and appears to be waiting to see how things pan out before he makes an opportunistic move to ride public opinion into the presidency.

He was on the other side of a well publicised rift with Maria Lorena Gutierrez, the former Minister of the Presidency, and the cabinet’s liberal faction.

For reasons that remain unclear, Santos omitted the Liberal party’s preferred candidate for the Prosecutor General shortlist in favour of Vargas Lleras’.

This precipitated Gutierrez’s resignation and the departure of the Liberal Party from the coalition.

As a result, Vargas Lleras’ position in the cabinet is stronger than ever, as is his candidacy for 2018.

Within the party, the conservatives are reportedly split between going with Mauricio Cardenas, the Minister of Finance, or Marta Lucia Ramirez, the ex-presidential candidate.

The party has been in crisis for years, especially after the emerging of the Democratic Center party of former President Alvaro Uribe, who has been appealing to a major chunk of what used to be the Conservative Party’s electoral base.

The Conservative party was the first to leave the Santos’ coalition, but has maintained the important Finance Ministry under its control.

However, this divided interest has limited the party’s ability to criticize Santos while at the same time it cannot claim much success in government as the country is undergoing an economic slowdown.

Like Radical Change, the U Party formed as a break-off group from the Liberal Party. It was founded and is led by President Santos.

Although Santos is their leader, he cannot run for another term as president – not that he would ever be elected again with his current approval ratings.

However, apart from Santos, the party lacks a clear leader. Possible candidates for 2018 include senator Roy Barreras, Minister of Agriculture Aurelio Iragorri and ex-ministers Juan Carlos Pinzon and Sergio Diaz-Granados.

Whoever they choose, the U party may struggle to move out from the toxic shadow of Santos and his presidency.

Their candidate would certainly have been Clara Lopez, a seasoned dynasty politician, but she recently took a job in Santos’ cabinet and subsequently was forced to resign as leader of the party.

Apart from Lopez, the only other obvious candidates would be Senator Jorge Enrique Robledo, a senior politician who has become one of the left’s main moral authorities, and Senator Ivan Cepeda, whose father was a presidential candidate for the communist Patriotic Union party but was assassinated before elections were held.

The Democratic Center is a conservative party founded by ex-president Alvaro Uribe, who can count on strong electoral support across the country.

Uribe is the dominant force in the party and, although he cannot run for another term, he will surely have a say in who does. He may also endorse Vargas or the Conservative Party candidate.

Again, it is far from clear who the Democratic Center’s candidate might be. Oscar Ivan Zuluaga may have a second tilt at the presidency, but he is under criminal investigation over electoral spying in the 2014 elections.

Two independent candidates have emerged as possible candidates with a good deal of popular support.

Sergio Fajardo, the former mayor of Medellin and ex-governor of Antioquia, has wide support from the Green Alliance and appears to be popular in early polls.

The ex-mayor of Bogota, Gustavo Petro, enjoys wide support from the left, from progressive movements and from supporters of his foundation, Colombia Humana.

A third independent possibility is Gina Parody, the Minister of Education. She has had no party affiliation since she left the U party in 2009, but she remains close to Santos. If Santos is looking to maintain influence in the government until his son, Martin Santos, comes of age politically, Parody could be who he chooses to endorse. Or, at least, who he supports with his political machinery behind the screens, since his name may not be a help.

What the public thinks

It is very early days, and not a single candidate has formally announced their bid yet, but already some polls and surveys are gauging their popularity.

One recent poll, ‘Pulso Pais’, randomly selected 900 people from 23 cities across Colombia and asked them who they would vote for. The top eight candidates were:

Of course this is just one survey, and a lot will change over the next two years, but it is an interesting first indicator, nonetheless.

Much rides on what happens over the next two years, which have just become a lot trickier for Santos. He has lost his majority in congress at a crucial time, during the final stages of projects like the reform of the Police Code, the regulation of the Balance Among Powers Reform and the legislation for the peace treaty. How this will change the run-up to the 2018 elections remains to be seen.