Police seizes more than 2 tons of marijuana in northwest Colombia 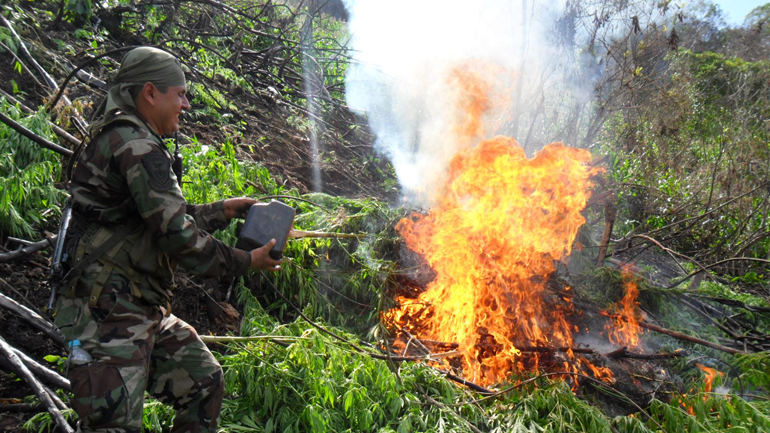 Police said Tuesday they have found more than two tons of marijuana in a village in the northwest of Colombia.

The 2.3 tons of marijuana that was seized in the municipality of Dabeiba, Antioquia has a street value of $900,000.

The drugs are presumed to belong to neo-paramilitary group Los Urabeños, which exercises a strong control over illicit businesses in that part of Colombia.

According to anti-narcotics Police chief, Ricardo Restrepo, the drugs were destroyed on site.

According to the National Police, it has confiscated more than 23 tons of marijuana in the course of 2015.

The Urabeños, the alleged owner of the seized drugs, is Colombia’s largest drug trafficking group of the moment.

The neo-paramilitary organization controls major parts of the drug trade routes along Colombia’s Caribbean and Pacific coastlines, and the Venezuelan border.

The group is led by “Otoniel,” a former mid-level commander of paramilitary group AUC that formally demobilized between 2003 and 2006.

The post Police seizes more than 2 tons of marijuana in northwest Colombia appeared first on .