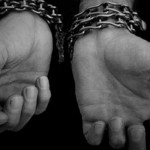 Police in the southwest of Colombia have rescued a kidnapping victim whose kidnappers allegedly had demanded $20 million for his release.

The 47-year old victim was rescued from a cave in the rural part of Jamundi, a municipality just outside of Colombia’s third largest city, Cali.

The victim, who according to the police had been held captive since December 5 last year, is a agricultural engineer and was found in a cave with his hands and feet chained.

The release is the third this week; On Tuesday authorities announced that two oil workers had been released by their captors in the northeast of the country.

According to officials statistics, 292 people were kidnapped in Colombia in 2013.