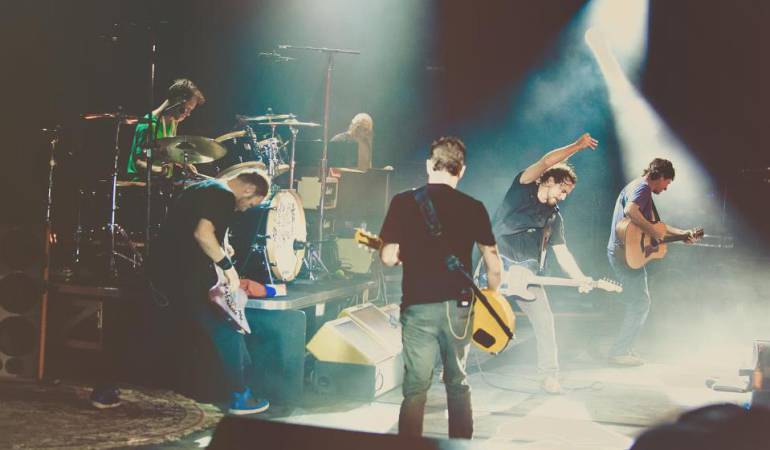 TODAY COLOMBIA – During Pearl Jam’s first-ever concert in Bogotá on Wednesday night, Eddie Vedder referred to written notes as he spoke to the crowd in Spanish.

“I’m going to say something I’ve never said before,” announced Vedder in Spanish that was described as “precarious” by a critic for El Tiempo newspaper. “Hola Bogotá! We are losing our virginity with Colombia.”

The set included Pearl Jam hits and rarities, a version of Pink Floyd’s “Mother” and Neil Young’s “Rockin’ in the Free World,” and was acclaimed by El Tiempo as “tied to the collective memory of various generations” of Colombian fans.

Between songs, Vedder frequently spoke to the fans in their native language, at one point taking off his sweater to reveal a t-shirt that read “por una Colombia que dice No a la violencia contra las mujeres” (For a Colombia that says ‘No’ to violence against women.)

“You’ve received us in a way that we never expected, we’re taking great memories with us,” Vedder said at the end of the show.

The concert, presented by Ocesa Colombia, was emotionally anticipated by fans, some who had posted videos on YouTube petitioning the band to add Bogotá to the tour schedule. “We’ve been waiting for you for twenty years,” said one’s fan video plea.