Peace should be state policy, not depend on administration: UN 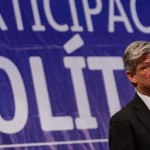 Reaching the end of Colombia’s armed conflict with leftist rebels should be state policy and not depend on an administration, said the UN representative in Colombia on Tuesday.

In an interview with Caracol Radio, UN representative Fabrizio Hochschild said that elections held in 2014 should not affect ongoing peace talks with the guerrillas.

“It is not up to me to talk about electoral issues, but what I can say is that peace reflects the wish and desire of many Colombians,”  Hochschild told the radio station.

“To pursue peace, to do everything possible to reach peace should be state policy, disregarding the government that assumes power,” the UN representative added.

The fact that peace talks are subject of an ongoing political debate between the government of President Juan Manuel Santos and political opponents who oppose the talks “is something particular in this country,” said Hochschild who asserted that opposition to efforts to negotiate peace has been uncommon in other countries torn by war.

In Colombia, the most vociferous opponent to the talks has been former President Alvaro Uribe which spurred Santos to determine his predecessor a “vulture.”

Uribe and his political supporters have claimed Santos is legitimizing terrorists by engaging in talks with them. The former head of state promotes a continuation of a militaristic approach and end the conflict through defeating illegal armed groups like the FARC and ELN.

Santos’ administration has been engaged in formal peace talks with the FARC since November last year. If successful, the negotiations will end an armed conflict that has killed more than 220,000 Colombians.

The post Peace should be state policy, not depend on administration: UN appeared first on Colombia News | Colombia Reports.