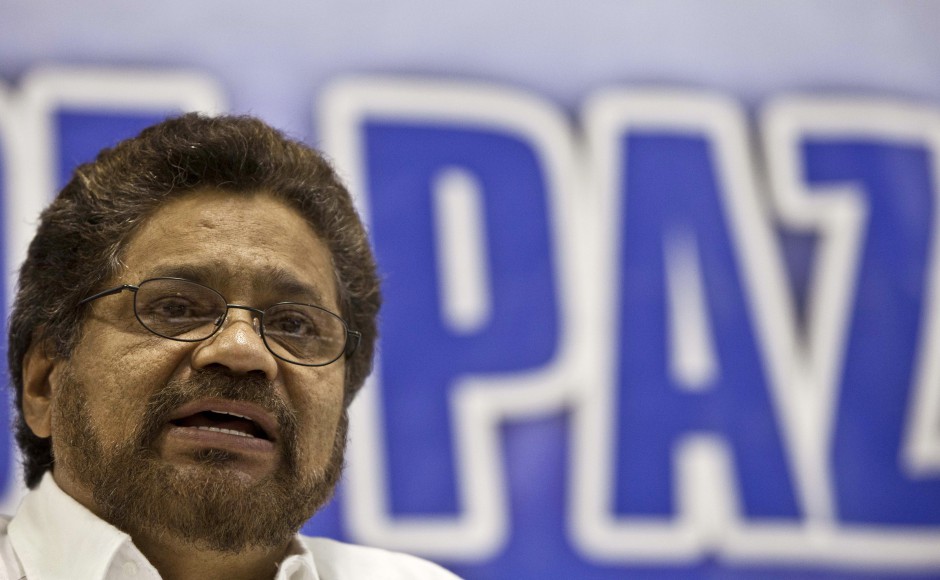 TODAY COLOMBIA – After some three and a half years of talks and negotiations, an agreement has finally been reached over the controversial fifth point of Colombia’s peace talks: conflict reparations for victims.

The agreement, reached between Colombian government and the Revolutionary Armed Forces of Colombia (FARC), is the most delicate point on the agenda.

A special judiciary system for the trial and punishment of war crimes in addition to special courts to try guerrillas, government soldiers and members of right-wing paramilitary groups, as outlined in September, are a breakthrough for the millions of victims of internal armed conflict.

The FARC has killed over 220,000 people and is estimated to have displaced six million in the fifty years of war against the Colombian state.

“Thanks to Colombian Congress. The plebiscite has been approved and this agreement as part of the legislative act just shows our commitment to peace.” Juan Manuel Santos tweeted.

Details are still, as yet, to be fine tuned, but the agreement will finally provide justice to the millions of families affected by fighting between the FARC and warring factions. A special signing ceremony will be held on Tuesday in Havana.

“With these great step, this (agreement) is almost irreversible,” Marco León Calarcá, member of the FARC negotiating team commented.

UN coordinator for Colombia, Fabrizio Hochschild, also responded to the news from Bogotá.

“The topic of victims and justice is the most complex, it has provoked different viewpoints within Colombia and generated polarization, for this reason, finally reaching an agreement is a great step and will be the determining sign that we have reached the final stage in the talks,” he said during a Bogotá press conference.

Yet the agreement has not been entirely well received. Ex-president Álvaro Uribe Vélez, who remains vehemently anti-Santos and his dealings with the FARC, continues to make his opinions public on Twitter:

“Civilians, soldiers and the police don’t have to accept a special jurisdiction created by the FARC and government.”

“The FARC burn trucks in Tolima (a department of Colombia) and the government accepts the agreement.”

Blanca Flórez, spokesperson for the group ‘Los que hacen falta’ (those missed) commented that a public apology by the FARC just wasn’t enough.

According to Flórez, some 2,700 families have still received no information about their loved ones, kidnapped or forcibly removed by the guerrilla.

“We don’t need them to ask for forgiveness, just that they give us back our family members. Sorry doesn’t mean anything, how are we going to forgive them if our relatives aren’t returned,” she said, El Tiempo reports.

Many families have had no news of their lost relatives for over 20 years.

“The agreement reached in Havana should deal with our loved ones. We all hope that they are alive, but if not, that at the very least they tell us what happened and where there remains are,” she added.

Much still remains up for discussion if Santos wishes to finally reach an agreement in March next year.