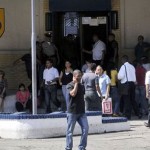 After the first four days of a regulation program of illegal immigrants in Panama, more than 1,500 cases have been processed, 29% of them being from Colombia, local media reported on Sunday.

According to El Espectador newspaper, Panama’s migration and labor authorities have given out 1,647 residence permits so far, ranging from two to ten years, to immigrants that have been illegally staying in the country up until now.

It is the 13th regulation program of illegal immigrants in Panama which runs under the name of “Chrisol de Razas”. It started on Wendesday and is expected to end on January 20, with 9,000 persons taking part in the program.

Authorities have the central Roberto Duran arena open seven days a week to serve applicants who can hand in their documents from 9AM until 19AM after they have requested for an appointment via a newly implemented online service.

According to Panamanian newspaper La Prensa, the regulation program has received criticism by the government’s opposition that claims the government of President Ricardo Martinelli is using the program to generate funds for the presidency’s treasury.