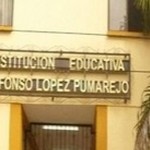 A primary school teacher from the north of Colombia has been assassinated in front of his students, local media reported Thursday.

The government secretary of the Antioquia state, Santiago Londoño, announced the horrific assassination that took place Wednesday morning in the town of Puerto Berrio.

According to Londoño, two heavily armed assassins entered the Alfonso Lopez school and shot the teacher.

According to newspaper El Espectador, the children who had witnessed the murder were so afraid they wouldn’t leave their classroom despite the presence of their teacher’s dead body.

The 47-year-old victim had a criminal record and had spent two years in prison for an undisclosed crime. Londoño did not rule out the teacher’s criminal past is related to the assassination.

On its website, the school said to be in mourning over the teacher’s death.

The Antioquia teachers’ union condemned the killing and stressed to radio station Santa Fe that seven teachers have been killed in their state since the beginning of this year.