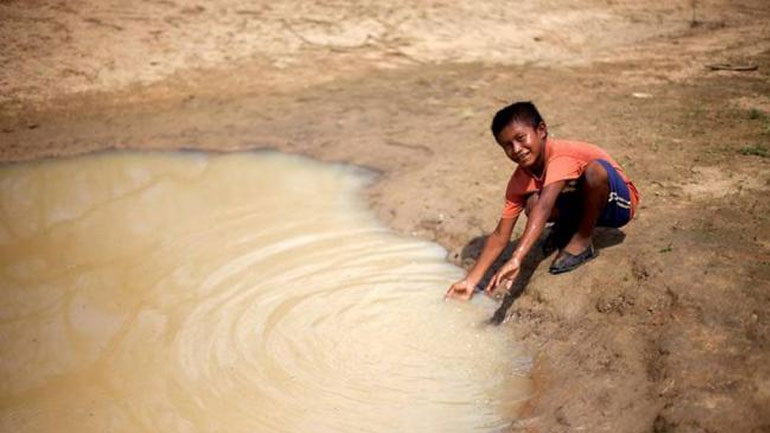 The EPS companies, who work as intermediaries between customers and hospitals, failed to provide strategies ensuring that nine children of the local indigenous Wayuu community had access to health services that could have saved their lives. Additional sanctions have been given for failure to provide quality, effective and timely services to three other children from different communities.

These programs or lack thereof led to the deaths of the 12 children suffering from malnutrition in 2013. As such, the companies will be forced to pay a combined penalty of $960,000.

“These EPS’s did not implement strategies or programs to guarantee the provision of health services in the place of residence of minors and violated their rights by failing to ensure a comprehensive vaccination schedule,” reported National Health Superintendent, Norman Julio Muñoz.

“It is unacceptable that no effective action was taken and timely follow-ups were made, as happened in the case the death of these children in La Guajira, “said the official, who traveled to the northern province of Guajira on Thursday.

Malnutrition in the children of La Guajira

Colombia’s President Juan Manuel Santos announced in early June that child mortality rates in the province of Guajira, after inflated statistics drew increasing attention to the issue. He reported that in 2014 there were 48 child deaths due to malnutrition, an 84% increase from 2013 sparking alarm.

Every 10 days, 1 child dies from malnutrition in northern Colombia: Santos

Some 4170 deaths have been claimed by the Director of Planning in Guajira between 2008 and 2013, of these 1202 fetal deaths, 2691 a result of disease in the young and 278 caused through malnutrition. Diseases such a chickenpox, tuberculosis and whooping cough take the lives of the young in this region. The government claim that in the coastal area malnutrition is the leading cause of deaths in children under the age of five.

Malnutrition, water scarcity, poor hospital care and corruption within healthcare providers have been cited as the main causes of these worrying figures that are in fact likely to be far higher. The indigenous villages are heavily dispersed, as a result they do not report all child deaths, and often bury the bodies in their villages making an accurate census almost impossible.

Children living in the rural areas surrounding the municipality of Riohacha in the province live of a diet of chicha maize and rice. They lack proteins, magnesium, potassium and free radicals often causing the appearance of a swollen stomach when in fact these children are starving. A National Health Survey this year reported a deficiency of iron and Vitamin A (present in fruit and vegetables), which is the leading cause of preventable blindness, affecting the young of the Atlantic coastal regions of Colombia.

A lack a water prevents the indigenous from growing foods, one reported “it is a good year if it rains twice”. The little water available to these people is of poor quality and can make them ill. There is also a culture where the elders of the family are given priority over children for food. When these children do become ill health posts are far, accessed only by poor quality roads and doctor’s are not always present, often attending perhaps once a week.

“The Indian authorities want to manage their own resources, to serve children. And what we’ve seen is that there are shortcomings of operators who do not meet the contractual obligations of this strategy. We have realized that resources end up staying in the hands of third parties and not for the benefit of children. Corruption is rife, ” complains Karen Abudinen Abuchaibe, Director of Early Childhood.

Abuchaibe claims that mishandling of resources means that medication and food ends up in the hands of third parties, rather than those children who need it.

There are furthermore reports from doctors of institutes providing false data and individuals stealing. “There are peasants who have stolen so much money, that drive the latest car models, live in houses and are billionaires, who for years have run nutrition programs. And that everyone knows, “says Doctor Rivadeneira, a pediatrician in Riohacha.

Santos in June celebrated the opening of a well, powered by solar-energy that would provide water to 1,000 families across 121 communities  in the region. This provision of water is intended to allow irrigation infrastructure and food security for those in the region.

Over the last five years $205.63 million USD have been invested  by the government, in providing early childhood care in the region  of La Guajira. This year the figure was $58.75 million, with $5.51 million towards nutritional rehabilitation. Managing the distibution of food packages is also hard, as it is again not guaranteed that these will go to the children of the indigenous villages.

The National Health Superintendent is furthermore working to ensure the provision of health services for those communities through this latest sanction of operators, demanding to commitment to 2014 strategies. Amongst other entities this include the development of effective vaccination schedules.